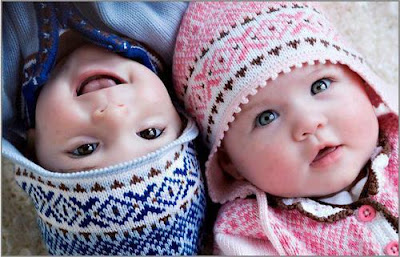 When you have to check to see if an article came from the Onion, and it turns out to be true, that’s when you know the world is going crazy.
Children’s Hospital Colorado announced that it will no longer identify its patients as male or female on their wristbands in an effort to support gender-diverse children.

They have also removed gender identification labels on prescriptions. “We want everyone who walks through our doors to feel comfortable and at home,” the hospital wrote on Twitter and its Facebook page.

Oh man!  I mean, Oh person!  (See, you just can’t do that.) We have genders.  You can’t just willy-nilly take them away. This is just plain stupid.  Here are a few responses on Twitter.
·     But a female body sometimes reacts differently due to medicines as the male body due to Just another attempt to defy nature... sorry but you are what you are, no matter what you feel like.
·     Is Joint Commission okay with that? Seems like ignoring basic biology would be a flag?
·     Liberalism is Fascism.

Some more highly evolved and politically correct tweeters tried to instruct poor buffoons letting science dictate by identifying with X and Y chromosomes, but to no avail. 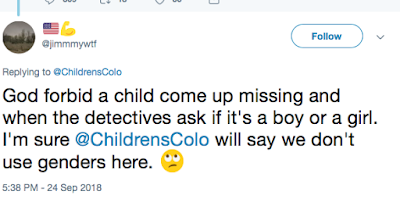 This in no way minimizes the pain that some people experience when suffering from dysphoria—gender confusion.  But ignoring science and playing along with a mental illness has never been the treatment for psychological healing.
The Science
As reported previously on my not politically correct blog, you really cannot mess with Mother Nature (Person Nature?) without some backlash.  A 2011 long-term study (up to 30 years) at the Karolinska Institute in Sweden revealed that beginning about 10 years after having gender reassignment surgery, the transgendered began experiencing increasing mental difficulties, and their suicide mortality rose 20-fold above the rest of the population.
A 2008 study published in the Journal of the American Academy of Child and Adolescent Psychiatry reported that, "most children with gender dysphoria will not remain gender dysphoric after puberty."  When children who reported transgender feelings were tracked without medical or surgical treatment at both Vanderbilt University and London's Portman Clinic, 70%-80% of them spontaneously lost those feelings. 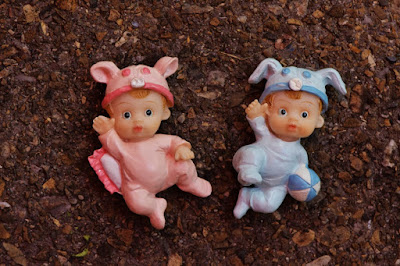 Dr. Paul McHugh, the former psychiatrist-in-chief and the current Distinguished Service Professor of Psychiatry, for Johns Hopkins Hospital explained that transgenderism is a “mental disorder” that this is a civil-rights matter and encouraging surgical intervention is in reality, to collaborate with and promote a mental disorder.”
In a commentary in the Wall Street Journal, he wrote, "We have a very radical and even mutilating treatment being offered to children without any evidence that the long-term outcome of this would be good….Given that close to 80% of such children would abandon their confusion and grow naturally into adult life if untreated, these medical interventions come close to child abuse.”
But hail to Children’s Hospital Colorado, a hospital gutsy enough to go against science and logic to play along with insanity if they think it makes people happy.  Well, just certain people.  Too bad for the rest.