How Can Anyone be Surprised Church is Prolife? 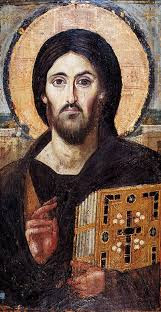 Mary Elizabeth Williams is a staff writer at Salon and a self-proclaimed Catholic who walked out of Mass last month because the priest was prolife. “The fight for abortion means finding a new place in my faith,” she wrote.
Her July 29 article “I Don’t Know How to be Catholic Anymore,” was intended to grandstand against the Church, but every serious Catholic knows, she didn’t know how to be Catholic before that either.


Being Catholic means following God’s rules, not making up your own.  If she thought that being pro-abortion and being Catholic were harmonious, then she is seriously confused, and why would she want to make that public in a magazine column?
Williams explained that like social media, she found the Church a good source of community, inspiration, and activism.” Yes, activism.  The Church does not just seek to help the poor and downtrodden, it also seeks to keep them alive.  Did she skip Mass every year on Respect Life Sunday?

As for the “community” Williams claimed to like by belonging to the Church, she further elaborated that it wasn’t everyone’scompany since the Church is “also full of terrible old men saying awful things. I've spent years trying to manage that tension, trying to hold on to the good and filter out the worst. But this past Sunday, for the first time in my life, I walked out of church in the middle of mass.” She took her 14-year-old daughter with her.
In this case, the terrible man(the priest) quoted Mother Teresa saying that “the greatest destroyer of peace today is abortion, because it is a war against the child, a direct killing of the innocent child, murder by the mother herself.”  Afterward, Williams and her daughter talked.
"We talked about what to do when our personal beliefs don't match up with what someone in authority says we should do.” Sigh. She does not get it.  Personal beliefs do not run the Church. The authority that Jesus laid down for us does.  “If I am delayed, you will know how people ought to conduct themselves in God's household, which is the church of the living God, the pillar and foundation of the truth,” (1 Timothy 3:15).
Williams used as her role model Christ “who knew a thing or two about running afoul of those in power.” Note to Williams: Jesus gave authority to his apostles to continue what he began.  Speaking against sinful, secular governmental that persecutes religion which Jesus did, is not akin to rebelling against the very authority laid down by Jesus to guide us to heaven. 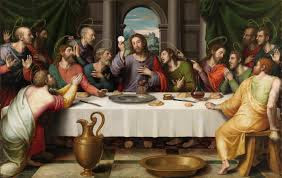 Williams continued: “The moral compass is always clear for both of us — to affirm the dignity of loving relationships and to respect the health and privacy of women.” Translation of “health and privacy of women” is aborting unwanted babies.
She said further that she believes in a God that “doesn't expect women to be punished with death.”  Crazy talk. And ironic. The deaths are occurring among unborn babies, half of whom are female.
Her death reference comes from her misreporting on a 2012 story of a pregnant teen with leukemia .  According to the CNN link Williams provided, the teen “had been undergoing chemotherapy and died from complications of the disease.” Williams erroneously claimed the teen was denied chemo because she was pregnant. She didn’t even read her own link!  Where is that woman’s editor?
There’s more, but you get the idea. Williams, sadly, does not.  She said she’ll be knocking on other doors. Will finding a church that is one, holy, Catholic and apostolic be on her list of “must have” priorities?  Does she care about the sacrament of confession and receiving Jesus in Holy Communion?  Or is her priority that members feel comfortable doing their own thing with no one challenging personal preferences never protected in the history of the Church?
Cynics of the Catholic Church might cheer Williams’ departure from a Church that is pro-life, pro-traditional marriage and is also again under the cloud of sexual scandals.  I expect it.  So, I will add here, that those who have betrayed our trust, also betrayed Jesus, and did not represent Church teachings. Instead, they did their own thing, defying Catholic teaching. Sound familiar?
~~~~~~~~