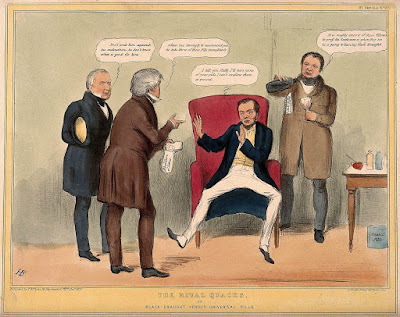 As U.S. psychiatrists administer more psychiatric drugs, Americans are less mentally healthy than ever before. I am not addressing serious mental illnesses, but rather, the increased use of psychiatric drugs to cover up normal human emotions and evidence that the drugs themselves can cause harm.


In a New York Times book review of three books exposing the damage of psychiatric drugs, Marcia Angell, former editor-in-chief of the New England Journal of Medicine, revealed that 46 percent of Americans fit a diagnosis for some form of mental illness—nearly half!
"What is going on here? Is the prevalence of mental illness really that high and still climbing?" she asked. There is also a strange connection that Angell and many others are making, that the more doctors prescribe these drugs, the worse off many people are getting.  “With long-term use of psychoactive drugs, the result is, in the words of Steve Hyman, a former director of the NIMH and until recently provost of Harvard University, ‘substantial and long-lasting alterations in neural function.’”
The article, Psychiatrists: Why It's Time to Face the Possibility that Medications Hurt More Than They Help, states thatalthough the use of mental health drugs increases every year, according to research, our mental health has decreased. “The amount of people considered to be so disabled by mental illness that they require Supplemental Security Income (SSI) or Social Security Disability Insurance (SSDI) has increased by almost two and a half times between 1987 and 2007, from one in 184 Americans to one in seventy-six. Not surprisingly, the rise in the number of children affected by this is even worse, with a thirty-five-fold increase in that same time frame (source). So, if the number of prescriptions is increasing, why is our mental health declining.”
Personal Stories
I personally know of two men (both in their 50s) no longer able to function as capable adults after many years on anti-depressants. Circumstances such as divorce, job loss, and issues from childhood troubled them. One is a childhood friend who has resided in an assisted living facility since his 50s. His sister believes his debilitating short-term memory loss is a side effect from years on strong anti-depressants.
Robert Whitaker’s New York Times #1 bestselling book, Anatomy of an Epidemic
noted that all these drugs have long-term side effects. For instance: “Bipolar disorder in children was once rarely ever seen by psychiatrists, but today, well over a million children and teenagers have ended up bipolar after being treated with a stimulant such as Ritalin or an antidepressant.” He maintains that the chemical imbalance model of modern psychiatry is scientifically unproven and that psychiatric drugs are a largely ineffective way of treating mental illness. Yet, they are a lucrative business.
“Since 1955, mental illness disability rates in the U.S. have increased six-fold,” Whitaker wrote. “At the same time, psychiatric drug use greatly increased in the 1950s and 1960s, then skyrocketed after 1988 when Prozac hit the market, so now antidepressant and antipsychotic drugs alone gross more than $25 billion annually in the U.S.”

Healing Without Drugs
In the book Your Drug May Be Your Problem: How and Why to Stop Taking Psychiatric Medications, Peter Breggin M.D., and Dr. David Cohen, PH.D., point out that people often rely on God and human relationships, but turn to psychoactive or mind altering substances when facing an emotional crises. If people feel better using drugs, the doctors note that it is because they feel better when their brain is impaired and psychiatric drugs are no different.  They warn, however that when people sacrifice brain function for blunting emotional suffering, it narrows the search for solutions at a cost.
“Emotional suffering is inevitable in life. But it has meaning—a purpose,” Breggin and Cohen said. “Suffering is a signal that life matters…Specifically, it is usually a signal that something in our lives that matters a great deal needs to be addressed.  Depression, guilt, anxiety, shame, chronic anger, emotional numbing—all of these reactions signal that something is amiss and requires special attention.  The depth of suffering is a sign of the soul’s desire for a better, more creative, more principled life.”
Immediately focusing on relief of pain, fails to recognize that pain signifies the intensity of a person’s spirit which signifies how alive we are, they explained. “When we take drugs to ease our suffering, we stifle our psychological and spiritual life. Instead, we need to find a way to untangle that twisted energy and to redirect it more creatively.”
Insightful therapy and education including facilitating an understanding of our childhood sources of suffering or understanding the problems of our immediate life, are ways to address suffering rather than to cover it, Breggin and Cohen explained. “It might require learning new principals of living to guide us more effectively or a new commitment to spiritual and philosophical ideas and ideals such as loving others.”
They explained that there are no techniques for measuring the actual levels of neurotransmitters in the synapses between cells, thus talk about biochemical imbalances is pure guesswork.   The two doctors also point out that our bodies effect how we feel; being healthy helps us feel happier.  “However, doctors commonly give people psychiatric drugs without checking for obvious signs of serious physical disorders such as hypothyroidism, estrogen deficiency or head injury from a car accident.”
In their experience, Cohen and Breggin said that most people with depression and anxiety have obvious reasons for how they feel. “These reasons are often apparent in their everyday lives and may be complicated by past experiences in childhood or earlier adult life.”  Giving them drugs such as Prozac or Xanax, actually cause biochemical imbalances and disrupt brain function, they said.  Of great concern to them, is that irreversible changes in the brain can occur and drugs that affects mental function “tend to produce irreversible changes in some if not most people.”

The Great Healer
Jesus told us: "Come to me, all you who are weary and burdened, and I will give you rest,” (Matthew 11:28).  God offers us rest and healing—not as a quick fix but through relationship. That is not to say that people cannot also benefit from therapy. 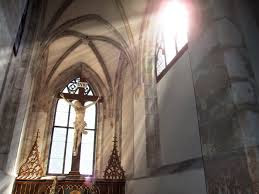 There are also many Catholic resources to support Divine healing.  Here are a few that I am familiar with.
In his book, How to Stop Worrying and Start Living,  speaker and author Gary Zimakshares how he overcame severe anxiety that even caused physical symptoms, by developing a relationship with Jesus.
Although I was not addressing serious mental problems, Michael J. Lichens’ article
Black Dog Days: How to Deal with Depression offers ideas and inspiration to help anyone through the hard times.
Father Joseph Esper has written  Saintly Solutions to Life’s Common Problems, which has a chapter on how the Saint’s dealt with depression.
According to the late Father Jim Willig, many of us just don’t know how to find happiness.  “We need to realize that happiness is not so much out there, but in here,” he said.  “It is a matter of heart. And the heart of happiness is joy. Joy is simply a by-product of living a loving life with God, with others, and even ourselves. We can never experience that pure joy until we enjoy our life with God, our life with others, and our life with ourselves.”
~~~~~~~~
For more inspiration check out Patti's latest book: Holy Hacks: Everyday Ways to Live Your Faith & Get to Heaven. Other books include:  Big Hearted: Inspiring Stories from Everyday Families and the best-selling Amazing Grace Series.
Follow Patti at Twitter and Pinterest, like her pages at Holy Hacks, Dear God Books,  Big Hearted Families,  Catholic News & Inspiration on Facebook, and her author Facebook page.  To receive articles in your inbox, sign up at the right column. Thanks for stopping by.  God bless you!
Posted by Patti Maguire Armstrong