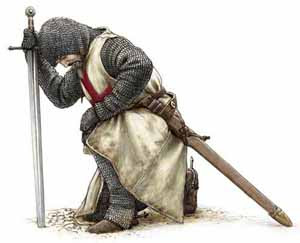 Was it a mix up or an attack? Rather than the wedding brochures they expected, a same-sex couple received 80 brochures reported to be from Battle Ready that spoke of sin, lust and temptation.  The Australian couple filed a lawsuit in United States District Court in Massachusetts against the printer, Vistaprint.

“Fight the good fight of the faith,” the pamphlet said. “The supreme tempter is Satan, who uses our weaknesses to lead us into sin.” There is no explicit reference to homosexuality.


The lawsuit charges that the couple were discriminated against because of their sexual orientation. They are seeking monetary damages for mental anguish and emotional distress they have suffered as a result.
Vistaprint, a Dutch-owned company located North Lexington, Mass., claimed that “the materials that were intended to be printed for one customer were incorrectly sent to this couple by a 3rd party fulfiller.  They stated: “Vistaprint in no way condones — and does not tolerate — discrimination against any of our customers based on their race, religion, gender or sexual orientation.”

Battle Ready
In the meantime, who is Battle Ready, the creator of the brochure? Their mission, according to their website,  is to encourage and strengthen the fighting spirit in all Christians. “The most serious decisions you and I will ever make are ones that effect the salvation or damnation of our souls.” The Catholic Catechism and Christ’s own words from Scripture are quoted.
Doug Barry, the founder of Battle Ready, points out that we often hear: Don’t worry, we know who wins in the end.”  He says, however, that we need to be concerned with collateral damage of souls along the way and therefore must pray, prepare, and engage in battle. He hosts the Battle Ready program on EWTN TV which explores the high stakes and eternal consequences of the spiritual battle. 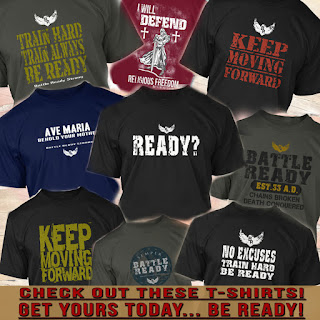 Barry warns that too many of us think that as long as we are decent people when we die and stand before God, maybe we can just trickle into heaven. “But there is a battle on with an enemy that seeks to destroy our souls for all eternity," he said. “He watches us 24/7 and sees how easy it is for us to get distracted and lose sight of the reality of the battle.”
Getting back to the lawsuit, was someone engaging in spiritual battle by sending Battle Ready brochures to the same-sex couple, or was it just human error?  That answer will be determined by a judge.


If it was merely a mistake, can people sue over a wrong order? What if had been graduation announcements instead of spiritual warfare brochures?  We shall see.  Everything happens under God’s watch so let’s pray that spiritual good results whatever the court decision.

Editor’s note: Doug Barry, founder of Battle Ready responded to me after this article was published.  He appreciates the publicity, but the Washington Post wrongly attributed the brochure to them.  He said they had nothing to do with it.  Hmm, another God- incidence? Why would one of the leading newspapers in the country report incorrectly that the brochure was from Battle Ready?  The Post even included a link in to their site.  Whatever the human reason, I'm going to chalk it up to the divine.


~~~~~~~~~
For more inspiration check out Patti's latest book: Holy Hacks: Everyday Ways to Live Your Faith & Get to Heaven. Other books include:  Big Hearted: Inspiring Stories from Everyday Families and the best-selling Amazing Grace Series.
Follow Patti at Twitter and Pinterest, like her pages at Holy Hacks, Dear God Books,  Big Hearted Families,  Catholic News & Inspiration on Facebook, and her author Facebook page.  To receive articles in your inbox, sign up at the right column. Thanks for stopping by.  God bless you!
Posted by Patti Maguire Armstrong