Does Committing the Unforgivable Sin Doom Someone? 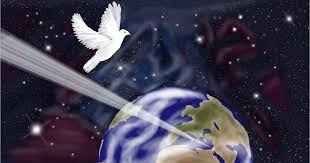 
I wondered if people could be condemned to hell while still walking the earth? Atheists laugh it off.  For instance, Ron Regan, the unabashed atheist son of President Ronald Regan, made a commercial for the Freedom from Religion Foundation a couple of years ago and bragged: “I’m not afraid of burning in hell.”  At an atheist convention later that year, he announced: “Go ahead and tell us we are going to hell; we don’t care. We consider it to be imaginary.”

Father Pacwa
But do atheists that blaspheme against the Holy Spirit seal their fate?  I asked Father Mitch Pacwa, bestselling author and EWTN radio and TV host who holds a master’s degree in theology and PhD. in Old Testament, if they are out of reach of God’s mercy?  I was not sure what happened—maybe the atheist yelled blasphemies at the Holy Spirit. Father Pacwa laughed: “That is something a teenage snot-nosed punk would do to do be as obnoxious as he can.”
The sin against the Holy Spirit is not just saying something blasphemous, Father Pacwa explained. “But when a person gets to the point of saying, ‘I am so beyond God’s forgiveness, I can’t ever be forgiven,’ that can become a self-fulfilling prophecy.”
When Jesus identified the unforgivable sin in Matthew 12, he had just cast out a demon. The Pharisees called it an act of Beelzebub. “They identified something good as evil,” Father Pacwa said. “It’s like when the Nazis killed Jews for Hitler and said it was a good thing to do. We see that same thing today with people so rabidly insistent on abortion that they convince others to kill their children not only as a right, but they call it a good thing.”
But Jesus said a sin against him could be forgiven. What about atheists who say they have blasphemed against the Holy Spirit?  Didn’t Jesus say that was unforgiveable?
“They can’t blaspheme against the Holy Spirit because they don’t even believe in him,” Father Pacwa said. “It points out the immaturity of their life.”  As far as sin and God’s forgiveness, Father Pacwa said that he is going to work with a person in hope that will repent until the very end. “I’m going to keep Christian hope,” he said. “But if they ultimately cannot accept the goodness of God, this is a serious issue.”

Final Un-repentance
Committing the unforgivable sin is a scary thought.  In the article, ““The Unforgivable Sin,” Jimmy Akin said: “It is so scary that in the Summa Theologiae Aquinas devoted a special question with four articles to this form of blasphemy alone. Today virtually every Christian counseling manual contains a chapter on the sin to help counselors deal with patients who are terrified that they have already or might sometime commit this sin.”


St. Augustine identified the unforgiveable sin as dying in a state of un-repentance, according to Akin. “Thus the official stand of the Catholic Church's, following Augustine and a whole host of subsequent moral theologians, is that the blasphemy against the Holy Spirit is final impenitence,” he said.
Akin also quoted Pope Saint John Paul II from his Encyclical Letter Dominum et Vivificantem [The Lord and Giver of Life]. The Pope explained that 'blasphemy' does not properly consist in offending the Holy Spirit in words but in the refusal to accept the salvation, which God offers through the Holy Spirit, working through the power of the Cross.  “If Jesus says that blasphemy against the Holy Spirit cannot be forgiven either in this life or in the next, it is because this 'non-forgiveness' is linked, as to its cause, to 'non-repentance', in other words to the radical refusal to be converted...” the Pope explained. 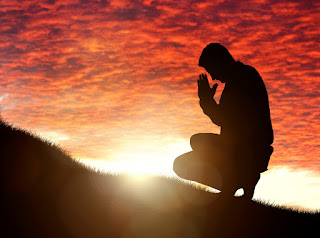 Blasphemy against the Holy Spirit, he said, is done through rejecting salvation right up until the last opportunity.


Let us pray for conversions.  “My God, I believe, I adore, I trust and I love you.  I beg pardon for those who do not believe, do not adore, do not trust and do not love you.” (Prayer given by an angel to the children at Fatima.)
~~~~~~~~