This Week in Scary News 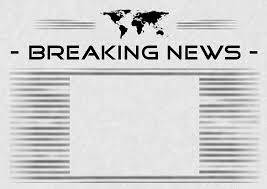 “Your articles are so negative,” I was recently told. “You go after people and act like you are better than them.”
I considered my articles—miracles, inspiration, the Blessed Mother, exorcists, news…and yes, occasional commentary on things like female pastors blessing abortion clinics and the ugliness of witchcraft. If I’m going to comment, it doubles as therapy because Dorothy, we aren’t in Kansas anymore, and sometimes I get a bit homesick.


“Our values are beaten down at every turn,” I explained to my critic. “Defending what we believe and speaking against immorality and bad behavior gives support and a voice to fellow Catholics.”
“Okay, sure, whatever helps you sleep at night.”
Sigh.
This brave new world has lost its soul, so hanging onto our Catholic faith in the cyber-company of fellow believers, praying, reassuring one another, and sharing our vision of the emperor’s undress is important. It always ends on a good note:  God’s in charge, stay close, and pray for others—even the ones that scare us.
The scary people think I’m making fun of them, but I’m not. Well, sometimes I sorta am but not in a mean way but in a way that says to my peers: Can you believe it?
It’s been one of those weeks full of news punctuated by my own mental reminders that all this will end well because Jesus is King who he rules from heaven above. And he’s an awesome God.

I’m not Kidding. This happened.
I’m going to skim over the news about the drag queen in a New York library dressed as a demonic clown with five horns coming out of its forehead while reading for the children’s story hour. I can’t comment on it because it is too sad and too scary.
Instead, I want to talk about Weinstein, the opportunistic, scum bag— that yes, we should be praying for him along with his victims because that’s what Jesus taught.  Weinstein had one woman upset this week for not trying to rape her or her friends. Well, not specifically her but people like her. It was reported that Feminist Bim Adewunmi complained about the fact that all of Harvey’s victims are white. She argued that while the sexual assault allegations against Harvey are mainly about sexual harassment, they are also about race.
In a nutshell, (where this argument belongs) since Weinstein was a powerful Hollywood director and he only tried to rape white women, it reveals discrimination.
Complaining that you were not on a pervert’s hit list is bad form. Go ahead and decry racism but not that way. I agree, let’s have more black women—and other minorities in the movies. And what about old people, the disabled and  large women?
Hollywood is shallow, so human dignity is not currently on their playlist. Regardless, let’s not make racism a Weinstein moment.

Nestles Airbrushes Out Crosses
I already had an issue with Nestles for their scandalous history of pushing baby formula in Third World countries. Where poverty prevails, breast milk is especially important to provide nutrition to babies. But since the 1970s Nestles’ cunning entraps women without a dependable clean water supply to switch to their powdered baby formula. Babies die because of that. 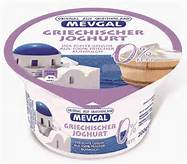 So hearing from LifeSiteNews that Nestles is   airbrushing crosses off the famous blue domed Greek churches pictured on their Greek yogurt labels, well, what a shocker—killing off both babies and Jesus Christ in the quest for the almighty dollar.
According to LifeSite: “Nestlé uses a picture of the famous blue domes of the Church of the Resurrection on the Greek island of Santorini for its yogurt packaging…. The huge, beautiful church domes are topped by white crosses as they majestically line the sparkling Aegean seashore. But recently the Switzerland-based company began photoshopping the crosses out.” 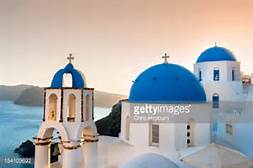 It should surprise no one that stifling Christianity is a growing trend across secularized Europe.  But at least in this case, unlike the poor women with dying babies that lack clout, Orthodox leaders, joined by many Catholic leaders in Europe are speaking out and fighting back.
LifeSite explained that Orthodox Archbishop Gregorios of Great Britain characterized the censorship as an ‘immoral act’ and said it hurts all Christians.  Despite the backlash, Nestles did not restore the photograph, in the interest of  “diversity” so a boycott has been called.

If Nestles or their diverse friends wonder what God thinks about all this, he has already spoken out on it:  “If anyone is ashamed of me and my words in this adulterous and sinful generation, the Son of Man will be ashamed of them when he comes in his Father's glory with the holy angels." Mark 8:38.
And finally, one more news item to remind us that nothing is simple or obvious any more.  Due to the supposed fluidity of gender, the latest in medical software has had to pin things down better on medical forms  Because, as you know, we are not in Kansas anymore.
~~~~~~~~