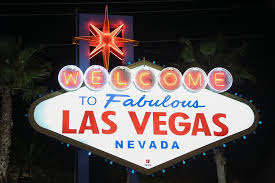 What level of evil possessed Stephen Paddock to open fire from the 32nd floor of a Las Vegas hotel onto a crowd of concertgoers, killing 59 and injuring over 500?  In a place nicknamed “sin city” is Las Vegas in need of spiritual healing?


Last week, Father Clete Kiley brought some comfort and healing at the Mandalay Bay Resort and Casino where the shootings took place. The Chicago priest in Las Vegas for meeting for UNITE HERE, a union for hospitality workers, was asked to visit the hotel to comfort staff that is still traumatized.
Newsweek reported that Father Kiley felt something push him back as he stepped into the  hallway leading to the room. As he walked, he prayed to ‘St. Michael, the Archangel,’ to defend us in battle.  He called on the Holy Spirit and blessed the room with holy water. According to Newsweek: “Kiley instantly felt comfort wash over him. As he headed back downstairs, the hotel staff also felt relieved by Kiley’s blessing.”

Hotel Statement
The Mandalay Bay Resort hotel would only issue this comment about the blessing through company spokesperson, Debra DeShong:  “What happened on October 1st was tragic and is something that many of our employees at Mandalay Bay are still struggling with.  Some of our employees were understandably turning to a religious figure for solace and support.  We continue to offer our heartfelt sympathies to all the victims of the tragedy."

Msgr. John Esseff Comments
When I called one of the oldest exorcists in the country for his thoughts about the shootings, he offered a unique perspective. Msgr. John Esseff has been a priest for 64 years and an exorcist in the Diocese of Scranton, Pennsylvania, for more than 40 years. He is a founder and president of the board of directors of the Pope Leo XIII Institute, which trains exorcists and is dedicated to bringing the healing of Christ to those afflicted by evil. He was also a spiritual director to Saint Teresa of Calcutta. 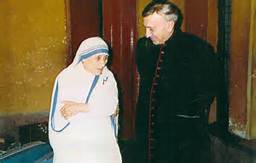 As an exorcist, Msgr. Esseff has seen every manner of evil.  But one thing that he wants people to keep in mind is that where there is evil, God’s grace is even more abundant. “I would say that rather than being a place of wickedness, it [Las Vegas] is also probably a place of great grace,” he said. “We hear about the wickedness, but there are a lot of beautiful people there.” Msgr. Esseff pointed out that after the shooting, we heard many stories about the heroes that gave their lives to protect people. “I would love to see more and more people come forward from those communities and talk about the holiness in their parishes and families,” he said.
Do not look at just Las Vegas as a place of sin, Msgr. Esseff said, because the whole planet came under the power of sin and death through the fall of Adam and Eve.  He gave this explanation:
“This whole world was in the darkness of sin under the power of the devil and the power of death. Right after sin came into the world, Cain killed his brother. Murder is nothing new; war and violence has always been part of mankind.
“A small family was picked out—the Jews—and told they would be sent a savior. We Christians celebrate the birth of Jesus as the Savior.  That was the beginning of salvation. We date all our time back that moment in history when Jesus came into the world.  His name means savior.  He suffered, died and rose and is now at the right hand of the Father. Every Christian is baptized in Christ Jesus. And in every baptized person, Jesus lives.
“I would think that in the Church today, we have become so unaware of who we are so that the Christian has failed to understand his call. His call is not to be a priest or apostle but he is called to be Jesus. Every Christian is called to radiate Jesus through love.
“Every Christian should be an example of the God who they preach.  If every 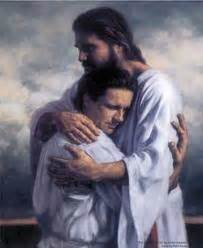 Christian would be who Jesus called us to be, we would change the world.

“As a Christian, I would neither be in a hurry to go in or out of Nevada. Bloom where you are planted. Be Jesus, wherever you are.  No one can stop Jesus from loving, and Jesus would radiate his love throughout the whole world and turn it from hate into love, war into peace, darkness into light overnight.”

Bishop’s Response
Following the shooting, the message of love and grace talked about by Msgr. Esseff, was lived out through the leadership of the Bishop of Las Vegas, Joseph Pepe. On Monday, October 2, the night after the shootings, he held an interfaith prayer service. Over 800 people attended at the Cathedral of the Guardian Angels, coincidentally on the very feast of the Guardian angels. Bishop Pepe issued a plea for unity and peace. "Where there is hatred and violence we must be the sign of love and of peace. Where there is division and uncivil speech, we must stand together as a sign of unity."
~~~~~~~~~~


For more inspiration check out Patti's latest book: Holy Hacks: Everyday Ways to Live Your Faith & Get to Heaven. Other books include:  Big Hearted: Inspiring Stories from Everyday Families and the best-selling Amazing Grace Series.