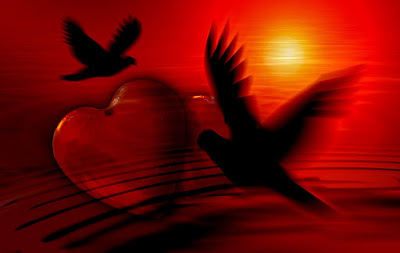 I don’t desire death.  I’m not talking about the kind that comes from depression but the sort written about in the personal diary of St. Jean de Brebeuf, (1593 – 1649). “For the last two days I’ve experience the desire to be a martyr.” Days later it came to pass.


He was a Jesuit missionary from France who came to North America in 625 to evangelize Native Americans. He had lived among the Huron for over 15 years when the Iroquois launched war against them.  Refusing to flee when the Huron village was attacked, Brebeuf and his companions were captured and tortured to death by the Iroquois.
Why would a strong and passionate young man desire martyrdom instead of escape and life?  Does our lack of such a desire indicate spiritual weakness?
I hope that my reason for lacking that desire is based on circumstances. God had called Brebeuf to martyrdom and has called me to live; at least for today.  So to align my will to God’s will for today, I desire life and to live it in union with him. When he calls me home, I will pray to desire that. The key is not that we desire one thing or the other, but that we simply desire what God wants.
In a recent homily at Cathedral of the Holy Spirit, Msgr. Thomas Richter explained that often the failing in our lives is the lack of desire. “I can go to the heart of Christ to ask for desire,” he said.  “The first grace he gives us is the grace of desire. We should go to Jesus for all that we need, especially for holy desires.” He pointed out that before Pentecost, the apostles had no desire to evangelize and to be martyred, but once they received the Holy Spirit, they received that desire.
Praying for desire reminded me of Father John Riccardo’s story about his call to the priesthood, which is part of a collection of stories in Amazing Grace for the Catholic Heart. Here is an excerpt:
“ Something stirred within me.  I thought, ‘Oh nuts!  I think I'm suppose to do this.’ I almost threw my Bible on the ground. In frustration, I cried out to God, ‘Lord, I don't get it.  I thought of marriage once, that didn't fit; the brotherhood didn't fit, I started dating again, that 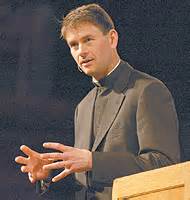 didn't fit...’
“Suddenly, I heard a clear voice speaking to me:  ‘John, I'm inviting you to live single and to do it as a priest.’  Although the voice would not have been audible to another, it was certainly not my own voice--I had never even considered the priesthood.
“I responded, ‘Lord, if that's what you want me to do, then you better give me a desire for it, because I don't have it.’  By the fifth day, I longed to know more about the priesthood. “

God takes care of everything. With a holy desire, everything else falls into place.  God gives us all the graces we need to follow the desires he places in our heart.
~~~~~~~~~