Women’s March: Many Running From the Truth 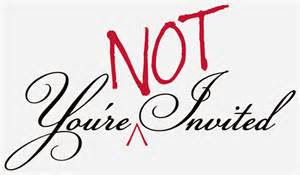 The organizers of the Women’s March on Washington on January 21 are dictating who are not welcome to participate.  Prolife women, including a pregnancy center and an organization called New Wave Feminists, have been officially told not to come.

“The protest is pro-choice and that has been our stance from Day One,” the Women’s March said in a statement. “We want to assure all of our partners, as well as our participants, that we are pro-choice as clearly stated in our Unity Principles. We look forward to marching on behalf of individuals who share the view that women deserve the right to make their own reproductive choices.”
The March has hundreds of official partners but pro-lifers need not apply. What kind of unity is that?
Destiny Herndon-De La Rosa of New Wave Feminists told LifeSiteNews that she still plans to attend with other prolife feminists.  She hopes the publicity over her ousting will encourage even more pro-life people to participate. Her group will carry signs saying things like: “Women are never property, even in the womb,” and “Abortion is the epitome of ‘Might makes right.’ ”

Dictating to the Majority
Since a majority of women identify as prolife as indicated by the latest Gallop Poll, that means most women aren’t welcome to the march.  Also, a 2015 poll by PPRI reported that more than half of millennial women who identify as feminists consider themselves pro-life.
Pro-life women are passionate, so being told they can’t join a march for women is unlikely to stop them. Just the opposite.  A number of prolife groups have publically announced they will be at the Supreme Court at 9:00 AM Eastern ready to march.
If the march is about human rights, injustice, and violence, then there’s a disconnect among pro-abortion activists.  Abby Johnson, a former Planned Parenthood employee and founder of And Then There Were None, announced she is attending the march to protest Planned Parenthood.  She stated that she will speak a true feminist message that life empowers women.
Telling women they have a right to contraception and sex outside of marriage and should just abort if an inconvenient baby results, is a war on what it means to be women.  Pregnant, single women are often more alone than at any time in history.  The father is encouraged to reject responsibility and be detached from the mother and child. Some men feel angry if the child is allowed to live because it’s a burden they don’t want.
Sex without limits or responsibilities has done no one---not men, not women, not the babies and not society—any favors.  It’s never been easier to use a woman then walk away from her.  And for men who want their babies? They have no say. 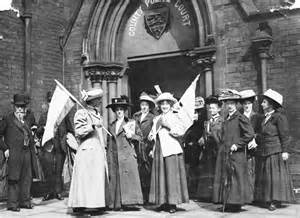 The feminists of the 19th century, the suffragists, were against abortion because they understood that sex separated from its potential to create life, would harm women. The suffragists even had the slogan: "Votes for women, chastity for men.”
Feminism can never take away a women’s reality that she is the one who can get pregnant. Motherhood can be interrupted but never reversed. Women need to be supported and protected and educated, not told to go ahead and abort, then keep quiet if it devastates you later.
Why can’t feminism be about respect and dignity and the right to life? Abortion thrives on gambling with casual sex, destroying life, and then ignoring women and men wounded by those actions.  It’s hard to demand greater respect for women and protection by our government, when some proudly shout their abortions while shouting down others who want women and babies to be supported.
Yet realize, that the organizers of the Women’s March on Washington sense that abortion hurts them. They are attempting to hide from the truth lest it uncovers their denial and exposes pain.  They want to be roaring lions and not fragile human beings, vulnerable to the hurt that abortion has wrought.
Those women will shout and deny; they will march and they will run. But we will keep speaking the truth, and we will keep praying, because for us, there is no other choice.
Follow Patti at Twitter and Pinterest, like her pages at Dear God Books,  Big Hearted Families,  Catholic News & Inspiration on Facebook, and her author Facebook page.  Sign up at the right column to receive articles in your inbox.  God bless you!
Posted by Patti Maguire Armstrong