Questions for the Women of the March 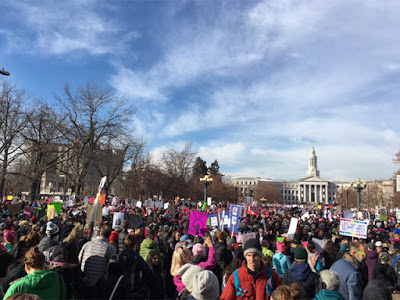 We’ve seen the numbers and heard the roars. Now, I have a question for the women of the March on DC. Why are you making abortion the defining issue of womanhood? Fracturing between women who defend abortion and those who defend life is a big fault line indeed.


Abraham Lincoln gave a speech in which he said: "A house divided against itself cannot stand. I believe this government cannot endure, permanently half slave and half free.”
Can our country endure if we remain so divided on whether it’s okay to kill unborn babies?
Saint Mother Teresa warned us: "We must not be surprised when we hear of murders, of killings, of wars, of hatred. If a mother can kill her own child, what is left but for us to kill each other?"
She was a woman who did not need to roar because there was power in her words.  Mother Teresa spoke for all women: "Abortion kills twice. It kills the body of the baby and it kills the conscience of the mother. Abortion is profoundly anti-women. Three quarters of its victims are women: Half the babies and all the mothers."

After the march, the Los Angeles Times reported that feminist Gloria Steinem appeared to be elated.  "I think I just had to wait for some of my friends to be born,” the Times quoted her as saying. I. Am. Not. Even. Kidding.
Ginny Kearney Allen, author of Broken and Bruised, Holy and Sanctified and Come Follow Relax wrote a Facebook post with a question for women who marched under the umbrella of abortion rights
Ginny’s post:
Might someone enlighten me about the women's issues which people are protesting? I am sincerely unaware of what they are. Before women were liberated in the 60's I had a terrific childhood as a girl.  So what that my Daddy had to fight to get me in the physics class with all the boys. He did it --not an army of protestors. 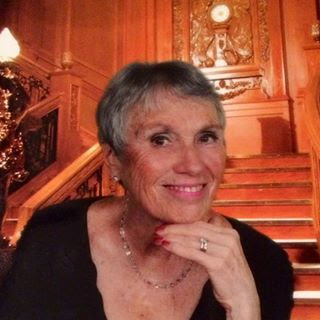 I had chosen a career path that had no men in it––dietetics--and it was a stepping-stone to my future career as a wife and mother.  I was at the top of my game and above all, at that time, women were put on a pedestal and treasured as superior. I still love stopping long enough for a real gentleman to open a door for me.
Then along came WOMEN'S LIBERATION. I was to pump my own gas––difficult to do wearing the nice little white gloves. I was to hire someone to take care of my children while I went out of the house to fulfill myself. I didn't. I stayed at home and helped out in the schools and in the community. The birth control pill made it easier for husbands and wives to cheat on each other with no consequences. The cell phone makes this even easier. Then, if the pill didn't do its job I was invited to have an abortion. This happened to me when I was pregnant in my mid thirties and quite healthy. This pregnancy ended naturally with a miscarriage, which is technically a spontaneous abortion.
When I was pregnant again at forty I preempted the doctor and told him not to mention abortion to me. I was pregnant with a gift.  And it goes on and on. No fault divorce made it easy for spouses to bail out and not respond to responsibilities and move forward leaving carnage in the rear.
At this time in my life, at age 77, I must keep myself healthy or the next issue will be euthanasia at the hands of the nice place I can go to die quietly and peacefully.
So I do not see my life being better at all from what my mother's was.  Again what really are the issues?

Women and Babies are Gifts
A friend of mine, Marcy Klatt, also shared some of her thoughts after the march.
“I've been thinking a lot about how women are a gift to society, how they have the ability to bring beauty, caring, joy and love to the world. The "women's movement" has decimated that. A woman becomes a mother the moment the sperm hits the egg, and how that woman has a duty (yes, there is such a thing as duty) to protect and nurture that child, even to giving her own life, because that is what a good mother does. What does it say about our society that women are marching for the right to kill their own children?”
~~~~~