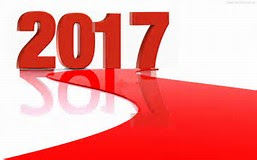 It’s an irony that being overly concerned with our own happiness causes us to be less happy. Happiness is one of those things best obtained by giving it to others. Selfishness, instead, eats souls. Yet these days, it is a national pastime.

When celebrity Kim Kardasian released her book Selfish with over 300 selfies, my shock that anyone would publish such a book was surpassed by the realization that people bought it.
It’s easy to point fingers at one of the mascots for our narcissistic culture, but what about us?  A certain amount of selfishness is required to live well.  But too much and we forge a path of destruction beginning with our own well-being.
Note, however, that self-absorption can be associated with clinical depression, a serious condition that needs professional treatment. But even a lower grade of selfishness feeds on itself and cracks open a well of insecurity and unhappiness. Scientists have actually linked the selfie craze to narcissism, addiction, and mental illness
In her book, Beyond Me, My Selfie, & I: Finding Real Happiness in a Self-Absorbed World, Teresa Tomeo, host of EWTN’s radio talk show The Catholic Connection and the TV Catholic View for Women, observed the self-obsessed culture and offered some remedies.  She cited evidence that as people become more preoccupied with themselves, societal ills increase including an obsession with cosmetic surgery and suicidal tendencies when people fear they do not measure up. 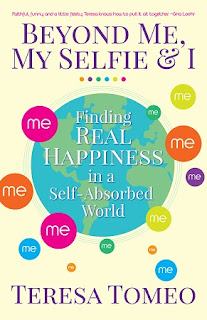 “Self-indulgence and attention-seeking are not exactly phrases commonly associated with the life of a committed Christian,” she explained. “But just the opposite happens when we practice the virtues of kindness and generosity.”
Sinking time into photographing and obsessing about ourselves leaves little left over for God and others.
“Pope St. John Paul II said that we don’t find ourselves until we lose ourselves in Christ,” she wrote. “Throughout the Bible, we see what is a contradiction by the world’s standard spelled out over and over again.  When we lose our life for love’s sake, we gain it back tenfold.”

Selfishness Harms Marriages
Selfishness is the major enemy of marriage, according to Dr. Richard Fitzgibbons, a psychiatrist trained at the Hospital of the University of Pennsylvania and the Philadelphia Child Guidance Center, and the director of the Institute for Marital Healing outside Philadelphia has worked as a marriage therapist for 40 years. In his co-authored book: Forgiveness Therapy: An Empirical Guide for Resolving Anger and Restoring Hope, and through his writings at MaritalHealing.com, he helps people confront problems in marriages.
“Selfishness, while falsely appearing to have many benefits, actually turns the person in upon himself/herself, thereby interfering with healthy self-giving which is the essence of marital love,” he explained.“ Subsequently, this personality weakness creates significant pain and suffering in marriages and families. It is a major cause of marital anger, permissive parenting, addictive behaviors, infidelity, separation and divorce. Unless it is uncovered and addressed, selfishness will lead spouses to treat loved ones as objects and not as gifted persons.”
In his video, Fitzgibbon pointed out that selfishness in marriages interferes with the development of healthy personalities and has toxic effects.

Solutions to Selfishness
Tomeo explained that the Catholic Catechism gives hope to overcome selfishness.  “Remember who is your head and whose body you are a member.  Never forget that you have been rescued from the power of darkness and brought into the light of the Kingdom of God.” (CCC1691)
She stated that selfishness has led the culture to think we can play God leading even to acceptance of same-sex marriage.  Tomeo referred to Father Paul Check, national chaplain for the Courage apostolate which ministers to Catholics with same-sex attraction. He has said that the real issue is not sex or even relationships but a “poverty” that leads to a misdirected desire for fulfillment.  In the end, it is the desire for love and affection—both good desires—that “go off track and lead to pain, disappointment, and even acute suffering.”


To find true happiness, Tomeo referred to advice from Pope Francis who told a crowd gathered at St. Peter’s: “Whoever serves and gives, seems like a failure in the eyes of the world. In reality, it is exactly in giving their life that they find it. A life that takes possession of itself, losing itself in love, imitates Christ…. Whoever serves, saves. On the contrary, those who don’t serve have no reason to be alive.” 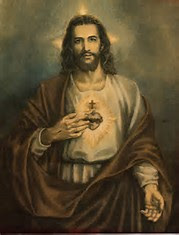 Living for others, Tomeo said, is a proven way to happiness. “Yes compassion really does work when it comes to finding meaning, true joy. But wait; there’s more. You also receive the added benefit of positively impacting the world around you and even improving your health.” She pointed to recent studies showing a strong relationship between volunteering and health and lower rates of depression.
Happiness, like Christianity, seems to turn human logic on its head.  But Jesus gave us his own example and spelled it out for us over and over. “For those who want to save their life will lose it, and those who lose their life for my sake will find it,” (Matthew 16:25).

May you be blessed in the New Year with selflessness so that it will be filled with happiness.
~~~~~
Follow Patti at Twitter and Pinterest, like her pages at Dear God Books,  Big Hearted Families,  Catholic News & Inspiration on Facebook, and her author Facebook page.  Sign up at the right column to receive articles in your inbox.  God bless you!
Posted by Patti Maguire Armstrong