Armageddon? Exorcist Advises: Don’t Even Think About It 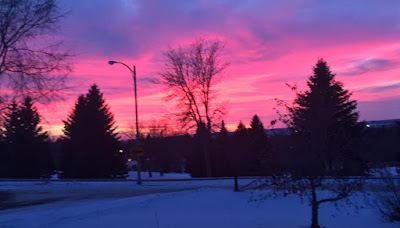 Are the End Times upon us?  You could make a case for it. But don’t. That’s the advice of Father Vincent Lampert, the designated exorcist for the archdiocese of Indianapolis, who trained at the North American College in Rome and assisted with over 40 exorcisms with longtime Italian exorcist Father Carmine De Filippis.


As an exorcist of 12 years, Father Lampert knows well what evil looks like. It’s all around us. It always has been and always will be until we leave this earth, trusting that is, that our destination is ultimately heaven. Father Lampert admits that he’s seeing more of it these days but not because there is more of it. “The devil has not upped his game, but more people are willing to play it,” he said. 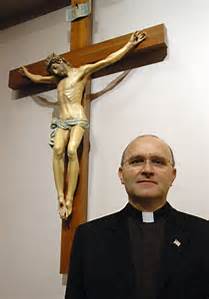 I interviewed Father Lampert regarding 2 future articles for the National Catholic Register and was curious what an exorcist thinks of so much talk about the End Times and this being Armageddon—the final battle between good and evil.
I appreciate that Father Lampert does not treat such questions as too sensational.  He knows that the devil and spiritual sensationalism drives our curiosity. For instance, if he gives a talk on  Jesus and another one on the devil, ten times more people show up for the one on the devil.  So, he patiently addresses all inquiries, but then points us to where we need to go: God and the Church. Thus, our curiosities are satisfied and we end up directed to God and comforted by the Church.
And so it is with talk of the End Times. “I would go to Scripture,” Father Lampert said and referred to Matthew 24:36. “But about that day or hour no one knows, not even the angels in heaven, nor the Son, but only the Father.”
“God warns us not to get involved in the End Times,” he said.  “Instead, it’s important, every day, to live our life as God calls us.” The end itself is not even something we should fear, according to him. “If we are living our lives the way God calls us, then whenever he does call, he will find us worthy,” he explained.  “Talk of Armageddon often instills fear, but an authentic relationship with God is one of love and mercy.”
Fear is the enemy of true faith, Father Lampert pointed out. “I don’t think faith is authentic if we are living in fear,” he said. “Fear of God is the beginning of wisdom, but that is about being in awe of God. Worrying about the End Times is about the loss of hope, and it brings fear, and anxiety, and destruction. All of those things are contrary to faith.”
As an exorcist, Father Lampert said that although he fights evil head on, his ministry is about restoring a sense of hope into people’s lives.  “I do that as a parish priest as well,” he said.  “It’s about helping people discover hope and joy and love. That’s the foundation of the Church and it is echoed in a lot of what Pope Francis tells us.”
How does an exorcist and parish priest find peace and comfort during these times?  In God, according to Father Lampert.  “I always find my sense of solace in the fact that God is in charge,” he said. “It puts everything in perspective, and then the worry and fear dissipates. When we put ourselves in charge instead, that’s what happened with Adam and Eve.” 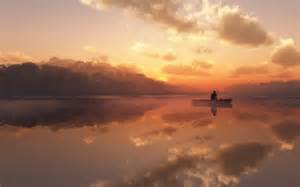 Putting God in charge gives us the power and strength not to let the world overwhelm us, Father Lampert explained.“The human person is made for more than this life,” he said.“It’ not just an earthly perspective but a spiritual perspective that makes us realize we are called to be in relationship with God.”
A relationship with God is what gives us true freedom in this world, Father Lampert said. “But freedom doesn't mean we get to do whatever we want,” he said. It means having the freedom to be obedient to God. Otherwise we become slaves to our own passions.
“Freedom and obedience go hand in hand with a relationship with God,” Father Lampert said.  And with such a relationship we have nothing to fear.
~~~~~~~~~
Follow Patti at Twitter and Pinterest, like her pages at Dear God Books,  Big Hearted Families,  Catholic News & Inspiration on Facebook, and her author Facebook page.  Sign up at the right column to receive articles in your inbox.  God bless you!
Posted by Patti Maguire Armstrong