What About Pro-abortion Politicians Who Claim to be Catholic? 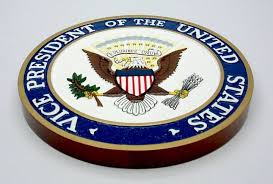 Hillary Clinton followed President Obama’s lead when she picked a vice-president candidate who claims allegiance to the Catholic Church while pursing anti-Catholic ends.  Senator Tim Kaine describes himself as a devout Catholic.  Is that possible? No, not if being  Catholic means anything.
Catholic credentials are not a pass to advocate against Church teachings.  Not even Kaine’s claim to love the Pope absolves him from heresy.  It seems a cunning attempt to manipulate people into imagining that it’s okay to vote for a pro-abortion candidate as long as he claims devotion to a Church that is immovable on moral issues.  There are other issues besides abortion, the willfully uninformed say.   And a vote for a Catholic is keeping it in the family, right?  No, not right.  They are not our kin if they promote killing unborn babies and make a mockery out of marriage as if two men or two women can replace the holy union possible between a man and a woman.
Either you are Catholic or you are not. Period. There are no liberal or conservative Catholics. Therefore,  a pro-choice Catholic is not a true Catholic. You can’t be right with God if you promote aborting babies and doling out of their parts for money, or ignoring wounded post-abortive women, or clustering abortion facilities in minority neighborhoods, or ignoring case after case of hideous discoveries behind the doors of the killing establishments. And voting to hand over an average of $500 million of taxpayer dollars to Planned Parenthood who does all these things, is not akin to putting money in the church collection basket.
In politics, being Catholic still means something, but not always what it should mean. Some politicians use the Catholic faith to shield issues. Then those that follow their heresy can say: He’s Catholic and he’s supporting it.  In reality, being Catholic does mean something, which is why not just anybody can be one.
“By their fruit you will recognize them” (Matthew 7:16).  Here are some of Kaine's fruits: He backed same-sex marriages and campaigned against a 2006 amendment to the Virginia Constitution banning same-sex marriage.  His consistent pro-abortion voting record earned him a 100 percent rating from NARAL Pro-Choice America. He said he was a “traditional Catholic” personally against abortion, but supports its legalization, voting to continue funding Planned Parenthood with our tax dollars.  And just after being chosen as the V.P. candidate, Kaine changed his stance on the Hyde Amendment which prevents Medicaid being used for abortions.  Now, he's suddenly in favor of it.
Kaine said on "Meet the Press": "I have taken the position, which is quite common among Catholics -- I have got a personal feeling about abortion, but the right rule for government is to let women make their own decisions." While sinning, may have become “quite common,” God has not put it up for a recall vote.  Promoting  social justice but ignoring the rights of unborn babies can damn a soul because the Church teaches that all human life is sacred.
Joe Biden was actually the very first vice-president to claim to be a Catholic.  But it’s only a claim. He and Kaine both actively promote anti-Catholic values. The Church has always condemned the act of abortion, as well as homosexual activity and euthanasia as is found in the Didache, the Catechism from the First Century. Nothing has changed. 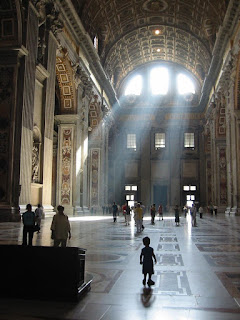 When it comes to voting, there are 5 non-negotiables for Catholics--intrinsically evil actions in conflict with the moral law that can never be performed under any circumstances.
1. Abortion
2. Euthanasia
3. Embryonic Stem Cell Research
4. Human Cloning
5. Homosexual "Marriage"

My hope for Catholics in name only, is that some remnant of the truth they were baptized in, will break through.  I pray that God will ignite in them a love for the truth that cannot be denied.  We are all sinners and God offers us mercy when we repent.  However, sinning is one thing, but publicly promoting  and enabling evil in the public square is quite another.  That is the work of the devil, not a devout Catholic.