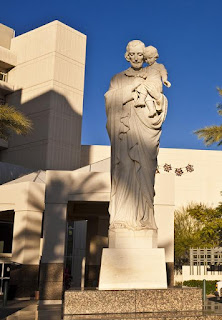 I’m very proud of the honor our Catholic hospitals received last month. Given that the culture of death is so aggressively pushing forward these days, I’m taking last month’s American Civil Liberties Union’s (ACLU) angry report against Catholic hospitals: “Health Care Denied,” as an honor.
The ACLU is enraged that Catholic Hospitals are so good at caring for the sick-- a corporal work of mercy.  That means we are doing something right. We are standing firm against the cultural tide of insanity and saying: We heal, not kill or harm!


The problems that merited Catholic hospitals their disgust is that we are not open to killing or rendering people unhealthy.  The ACLU sees that as threat to women for all the usual reasons: not sterilizing, not providing contraception--some of which could act as an abortifacient--and not ending the lives of unborn babies.  Their interpretation of this is that Catholic hospitals are “jeopardizing women’s lives by refusing these “reproductive health” procedures.  There’s no case of any woman’s life being at risk in the report, but facts are not essential in left-leaning agendas these days. 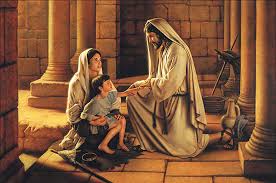 Healing has been in the Catholic DNA from the beginning.  The sick came to Jesus to be healed. From that time forward, religious groups cared for the needs of the poor and sick.  Many orders, such as the Franciscans, considered it to be a part of their vocation.  When religious communities came to the United States, they founded many hospitals.  Despite a couple thousands of years caring for the sick, the ACLU calls Catholic hospitals harmful.
LifeNews.com reported that the ACLU has been losing in court time after time as it attempts to force Catholic hospitals to violate their religious beliefs, so now they are trying to delude the public with their ridiculous report.  Old cases against hospitals were brought up even though they were already tried in court and found in the hospital’s favor.
The ACLU manages to keep a straight face while accusing Catholic hospitals of doing a bad job, by ignoring all the good.  For instance, according to Catholic Health Association, there are 639 Catholic hospitals in the US—1 in 6 hospital beds. They account for nearly 20 million ER visits annually and 101 million outpatient visits, and more than 534,000 birth in 2014. Catholic hospitals and health centers provide hundreds of millions of dollars of charity care to the poor.  This is dangerous?
Since Planned Parenthood and their ilk offer abortions elsewhere, the ACLU doesn’t need to mind our Catholic business.   They should also recall that the 1973 Supreme Court Roe v Wade decision declared that health care providers should not be forced to abort babies.


Many people choose their healthcare based on common values and the integration of God with all aspects of life.  Why is the ACLU so threatened by that?  There are 5 out of 6 choices to go elsewhere.  The Catholic commitment to life bothers them so much they had to invest extensive time and energy into a report to attack our faithfulness to the teachings of Jesus Christ.  So congratulations to all faithful Catholic hospitals.  You are making a difference by holding all life sacred.
###
Posted by Patti Maguire Armstrong