The Moment They Understood 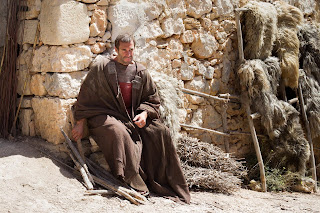 “You really were the Savior?  And I had you killed!”  Imagine Pontius Pilate at the moment of his death. And all the soldiers that delighted in scourging and crucifying Jesus. The Jewish Sanhedrin who refused to consider that the Messiah was in their midst, must have been horrified when death revealed the truth.  Imagine the looks on their faces.


During movies on Christ’s Passion, I’ve always considered how shocked the persecutors must have been when they came face to face with God.  It’s not unlike a thought I have when a famous atheist, or anti-Catholic, or abortion rights extremist dies.  I pray for them, but I also think:  “Well, now they know.”

Risen
While watching the movie Risen this past weekend, there was the satisfaction of seeing that look on the main character’s face, but there was still time left to change his life.  It is the same kind of moment when St. Paul was struck on the way to Damascus and Jesus asked:  Saul, Saul, Why do you persecute me?” It is a turning point and a surprise that anyone denying Jesus has when truth strikes like a thunderbolt.
The movie Risen, takes place in 33 AD, in the days after the crucifixion and resurrection of Jesus Christ. The story follows a powerful Roman soldier named Clavius.  Pontius Pilate ordered him to solve the mystery of the missing Messiah. Clavius had participated in the crucifixion of Jesus and the removal of his body from the cross.  He begins his investigation certain that the Jews have stolen the body.
It’s a down-to-earth drama where people appear real, not just religious.  A spiritual awakening begins to grow, very reluctantly, within Clavius. It is an inconvenient truth, since no respectable Roman soldier could keep his paycheck at that time and claim Jesus had resurrected.   What became of him, the movie doesn’t say, but we know that he was changed forever having encountered the risen Lord.
We see in Clavius that walls of certitude, even if based on lies, don’t topple easily.  Yet, we also see through his character, that someone honestly seeking the truth will be open and find it.  Because he was forced to seek answers, Clavius’ investigation, presents us all with the basic apologetic arguments for the Resurrection, such as the changed lives of the disciples, the empty tomb, and the inability to develop a reasonable alternative that accounts for the facts.  Yet, just as in the movie, not everyone is swayed by the obvious.

St. Longinus
Clavius is a fictional character, so some might ask: Why consider this movie any more than the fiction that it is?  Did such a search and moment of conversion ever really happen to a Roman soldier? 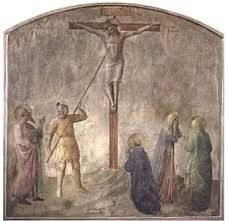 Consider St. Longinus, the Roman soldier who died a martyr.  At the crucifixion, it was the soldiers under his command that stood watch.  Longinus and his soldiers were eyewitnesses to the death of our Lord and watched the darkness and earthquake that coincided with it.  Longinus announced at that moment:  “Truly this was the Son of God” (Mt. 27:54).
According to tradition, Longinus was the soldier who pierced the side of Jesus with a spear, and received healing from an eye condition when blood and water poured forth from the wound. After the burial of Jesus, Longinus and his soldiers stood watch so they were present at the resurrection.  When the Jews bribed them to say the disciples had stolen the Body of Christ, Longinus and two of his comrades refused to lie.  Instead, they were baptized and left military service. St Longinus and his 2 comrades went to preach the Gospel in his native land of Cappadocia.  Christianity began to spread in the area. Eventually, all three of them were beheaded.
The movie Risen is not the story of St. Longinus but it is a story that must have occurred in different ways among people alive during that time. Surely seeing Jesus alive again after his death on the cross, stirred many to belief.
All conversions are all part of this same story.  People seek answers and sometimes, despite resistance to the truth, they find it in the person of Jesus Christ. And once they truly find him, they can never go back to the way it was before.

Risen is available on Blu-ray and DVD on May 24. Preorders accepted.