We Need to Keep Talking About Bathrooms 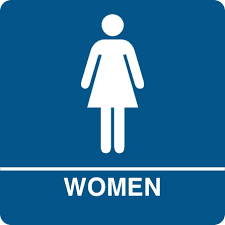 Until we get this cleared up, we need to keep talking about bathrooms. There’s a lot we’ve had taken away from us in recent years.  I recently opined at the National Catholic Register that we often aren’t even allowed to breath an opinion these days.
I don’t mean to turn this issue religious because it’s plain old logical, but I want to point out that the whole transgender bathroom thing is absent from the Bible. I will venture to say it was never an issue at the time of Christ because it was never an issue. Period. Until now.


It’s all so odd that letting some people go into bathrooms designed for different body parts has become one of the today’s issues. The former psychiatrist-in-chief for Johns Hopkins Hospital and its current Distinguished Service Professor of Psychiatry, Dr. Paul McHugh has said that being transgender is a fallacy. According to him, transgenderism is a “mental disorder” that merits treatment and sex change is “biologically impossible.”   Dr. McHugh also noted studies from Vanderbilt University and London’s Portman Clinic of Children found that among children who felt transgendered, 70%-80% spontaneously lost those feelings.
But lets not even consider the actual basis for feeling transgendered. Let’s just consider the bathroom situation. Regardless of how they feel about it, everyone has either male or female parts. So how does entering a bathroom where everyone has those same parts cause dismay?
For girls, you go into the stall, do what you are going to do, come out, hopefully wash your hands, then out you go. Where is the stress?  Actually I have not heard of any girls trying to get into the men’s room, but who knows? So let’s consider if the female goes into the men’s room.  The urinal is not going to cut it.  She will need to go into the stall and go through the bathroom routine. In this latter situation, any other male in the bathroom will stare at her. Females don’t belong in men’s rooms.  If there is a pervert in the bathroom, look out!  He may peek through the door, or attempt something that would not be attempted in a ladies room. Why would any female want to go in a men’s room?  I don’t see it.
It seems most of the buzz is about males wanting to get into the women’s bathroom.  In such a case, a boy or man is going to be standing in line with women.  Women and girls don’t want a guy in their bathroom.  There are no urinals either. Regardless of whether the transgendered fellow wants what he has, he’s got it and the men’s room is better suited to him.  And if being around the urinal is offensive, then he can go into the stall for heaven’s sake!
Why would it be more comfortable to walk into a bathroom and be totally out of place?  Why is getting stared at or freaking people out and being looked at as a pervert for showing up in the wrong bathroom, something worth fighting for? Where’s the payoff?
I speak for other women when I say: We want our own bathroom!  Please, stop caving to people pushing agendas that don’t even make sense.
Unfortunately, to show how trendy they they are, Target announced last week that in order to embrace diversity they are letting workers and customers use the restroom of the gender they identify with. This has led to over 1 million people signing a petition telling Target that if that's what they call forward thinking, then they better staring scaling down their inventory because a lot of people will be shopping in stories where the bathroom isn’t a free for all.


Here is the petition if you want to add your name.  I hope that you will. Then pray for the poor people who suffer from gender dysphoria and pray for their loved ones that they will love and support their healing rather than use their energy to integrate bathrooms.

~~~~~~
For more inspiration, check out Big Hearted: Inspiring Stories From Everyday Families.   Follow Patti at Twitter and like her Facebook pages at Dear God Books,  Big Hearted Families and  Catholic News & Inspiration on Facebook.  Sign up at the right column to receive articles in your inbox.  God bless you!
Posted by Patti Maguire Armstrong