Prayers for Life Are Making a Difference 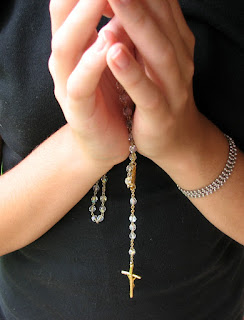 Are you tired of hearing about all the evil in the world?  What can most of us do beyond feel sad and say some prayers?
We may feel tapped out at times, but our faith gives us the power and incentive to overcome spiritual paralysis. Consider, for instance, the effect prayer has had against the abortion industry.

Abortions are down and every year more legislation passes to protect the unborn. Last year, abortion facilities closed at an average of one a week. In addition, polls reveal that Americans are becoming more pro-life.
If the now-deceased Dr. Bernard Nathanson who aborted his own child plus thousands of others, can become a prolife Catholic, it’s proof that the little people, acting against evil, can soften even the most calloused of hearts.
There are also the Abby Johnsons of the world—having once worked in the abortion industry and now, from the outside, are fighting for the unborn.  It is Abby’s new book The Walls are Talking: Former Abortion Clinic Workers Tell Their Stories that inspired in this article.  It’s easy to feel powerless against such an insidious evil, but spending time inside the walls of abortion facilities through the stories in the book, makes everything personal. 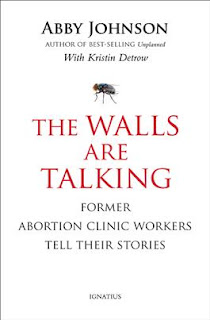 The stories look at a depraved society, yet they are also testimony that even  calloused hearts are not fossilized.  The women who shared a story in the book had a moment of grace to realize the horror of abortion.  Those realizations did not come from nowhere but surely part of the pool of grace won by the body of Christ.
Every story is compelling. There was the worker who became shocked at the good-looking, happy young couple aborting their perfectly healthy twin babies simply they didn't want twins.   Sixteen-year-old Lily’s loving Father seemed hopeful his daughter would change her mind about an abortion but she did not. The clinic worker was horrified watching the teen come close to death as her uterus filled with blood.  One of the “frequent fliers,” Angie was there for her ninth abortion when she was overcome by reality after asking to see “it” out of curiosity.  Angie collapsed in a hysterical pile of reality that a clump of cells was not in the dish but her dismembered son. 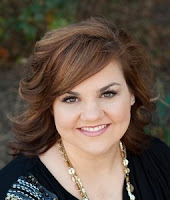 Abortion workers turning a blind eye to girls abused by pimps and others impregnated by older family members, chinks away at the wall of delusion that abortion  empowers women.
Each story ignites within readers an understanding that regardless of how overwhelming the evil, every converted abortion worker, every saved baby, every frightened and pregnant woman is worth praying for.  Abortion is not the only evil of our day but it is a big one that has spread and not gone away.  The examples of changed minds and hearts is inspiration that our efforts do make a difference.

*  Be open to wherever God leads. Spend time with him in adoration so he had the chance to let you know.

·      *  Consider the domino effect.  Even if you help just one person, they will then help others and it will continue.

Things You Can Do

·      *  Read books that will inspire you so you will be fired up rather than overwhelmed.
·
·      *  Offer up every little inconvenience and look for ways to serve others and offer that up.

·     *   Contribute to charities that help good causes.  Do your homework and be sure the organization is solid.

·      *  Volunteer with organizations such as crises pregnancy centers and praying in front of abortion facilities.

God has given us our lives to live moment by moment in union with him. We are not alone. We are the Church Militant, those still on earth fighting the good fight.  We have each other and whatever we do is added to the efforts of the entire body of Christ.