Is it Wrong to Lie to Planned Parenthood? 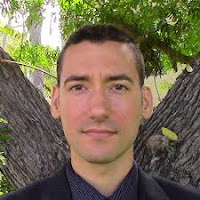 Some prolife Catholics claim the Center for Medical Progress (CMP) lead investigator David Daleiden was wrong to lie to make undercover videos.  The latest video reveals that not only are babies cut up for sale, but also tissue is sometimes harvested while the heart is still beating.

In spite of the videos’ dramatic impact against abortion, some Catholics charge that Daleiden lied about his identity and intentions so he did wrong.  They have sung the same refrain against Lila Rose for many years. As the president of Live Action, Rose led undercover investigations documenting the abortion industry’s rampant sexual abuse cover-up, racism, the willingness to assist sex traffickers, false statements made by Planned Parenthood executives, sex-selective abortion, and infanticide.
In one article, explaining the stance, author Mark Shea quoted the Church: “By its very nature, lying is to be condemned,” (CCC 2485). Yet, he hedges on police undercover work and the military since they are official agents of the state.    Note: Prolife activists are also agents--of God. They are at the very epicenter of spiritual warfare; it’s all about the love of God and humanity.   Rose became Catholic in recent years and Daleiden is a Catholic who also takes his faith very seriously, and both have the support of Priests for Life.  As St. John Eudes explains: “Sin is doing your own will over God’s will.”  Neither of them did anything of the sort.
Shea wrote in his article that lying can be circumstantial. “…the Church has not made up its mind about how to apply its teaching about lying in every conceivable case, and you can get a real good argument among theologians about what, exactly, constitutes lying.”  He claimed it’s the sort of thing that will destroy religion if there’s not an ironclad rule for applying the teaching.
The only way that Daleiden could have attained so much irrefutable evidence on the harvesting and sale of aborted babies was to mislead the abortion industry about his identity and motive. The ruse of acting like a biomedical harvesting representative led abortion insiders to reveal the truth.  The investigation followed the course that surprise parties do: temporary deception to accomplish a task, then the truth is revealed to all.  In an interview with the National Catholic Register, Daleiden explained that during the investigation, “no one ever suspected anything. I’m sure they got the surprise of their careers the morning they woke up and saw the video.”

Liars The Church Never Condemned.
We can look at history to see that the Church has never condemned lies when the love and service of God was at the heart.  For instance, the Church does not criticize the Underground Railroad to free slaves before the Civil War, in spite of deceiving slaveholders and civil authorities.  Hiding Jews in Nazi Germany also required lies that the Church never condemned.  Although, Shea has come out against that too, saying they should have hid the Jews well to avoid having to tell lies.
The Mexican Jesuit priest Blessed Miguel Pro was not condemned by the Catholic Church for misleading people, but was instead beatified. Like Daleiden and Rose, he often impersonated others including beggars, a police officer, and a businessman in the course of secretly ministering to Catholics. Yet, he died a martyr, refusing to deny God.  St. Edmund Campion was another master of disguises in Protestant England in the 1500’s when being a Catholic priest could mean a death sentence.  He too died a martyr after being tortured and hung by the civil authorities.  Would Shea also condemn the deceit of those priests or the lay people that hid them while feigning no knowledge of the priest’s whereabouts? So it would seem.
The Church teaches that not everyone deserves the truth. “The right to the communication of truth is not unconditional. Everyone must conform his life to the Gospel precept of fraternal love. This requires us in concrete situations to judge whether or not it is appropriate to reveal the truth to someone who asks for it,"  (CCC 2488).  “No one is bound to reveal the truth to someone who does not have the right to know it,” (CCC 2489).
“To lie is to speak or act against the truth in order to lead someone into error, (CCC 2483). Did Daleiden seek to lead Planned Parenthood into error by misleading them so as to expose their law-breaking, morally repulsive practices?  The abortion giant’s error is that it kills over 327,000 babies a year and even has abortion quotas.  They are not deserving of the truth.  It shocks me that some think otherwise.

Given that the Church says killing in self-defense, to save your life, is not a sin.  Would lying to save a life be considered worse than killing to do so?
~~~~~
For more inspiration, check out Big Hearted: Inspiring Stories From Everyday Families.   Follow Patti at Twitter and like her Facebook pages at Dear God Books,  Big Hearted Families and  Catholic News & Inspiration on Facebook.  Sign up at the right column to receive articles in your inbox.  God bless you!
Posted by Patti Maguire Armstrong