Oregon vs. Science & the Popes on Gender Issues

In Oregon, the beaver state, it is actually legal to be dumber than a beaver.  Since January, it’s also legal for teens as young as 15 to have sex change operations paid for by the state and without parental permission.  Beavers can do better than that.
Adolescence is intended to be outgrown, not a time for making permanent, life altering decisions. Research shows that the prefrontal cortex of a teen is not fully mature.  Since it is the part of the brain that governs judgments, it has been dubbed "the area of sober second thought." After 4 meetings in 2014, the transgender policy was discussed by the Oregon Health Authority and passed without opposition.  There is no proof that they weren’t all drunk at the time.


A History of Poor Decisions
Oregon’s leaders are seriously dangerous to the mental and physical well being of their citizens.  In 1997, the state was the first to legalize assisted suicide.  Almost 20 years later,  2 other states have followed their leap off suicide cliff.  Judges in another 2 states have ruled that doctors can’t be stopped from writing lethal prescriptions, but the New Mexico ruling is currently being contested.
Not surprising, Oregon has become a leader in all suicides.  A Centers for Disease Control and Prevention report shows suicides among men and women aged 35-64 increased 49 percent in Oregon from 1999-2010, compared to 28 percent nationally.
Coincidentally, Oregon is also a leader (#2) in high school dropouts with only a 68% graduation rate. (Nevada is #1 at 63% but if Oregon stays the pro-death course, they have an excellent chance of taking the lead.)   You can’t invest in death and expect life to blossom.  Although, their trees are blossoming quite well.
While visiting there several years ago, 21 people tried unsuccessfully to get the permit revoked for a man cutting down an old-growth tree in his own yard.  There are 6.4 million other trees in Oregon; 2.5 million more than people that live there.  Rather than going to bat for a tree on someone’s property, time would have been better spent protesting the leading cause of death in Oregon—abortion.  An average of 29 babies are aborted daily there. Note to Oregon:  Babies have souls; trees don’t.
Perhaps I have digressed a bit but given Oregon’s priority of trees over people, we can see that paying for teens to change their gender is not an isolated case of deranged judgment.

The Science
John Hopkins, which pioneered sex reassignment surgery in the Sixties, stopped doing it when follow-up revealed that subsequent psychosocial adjustment for those patients was no better than those who didn't have the surgery.  And a 2011 long-term study (up to 30 years) at the Karolinska Institute in Sweden revealed that beginning about 10 years after having the surgery, the transgendered began experiencing increasing mental difficulties, and their suicide mortality rose almost 20-fold above the rest of the population.   A 2008 study published in the Journal of the American Academy of Child and Adolescent Psychiatry reported that, "most children with gender dysphoria will not remain gender dysphoric after puberty."  When children who reported transgender feelings were tracked without medical or surgical treatment at both Vanderbilt University and London's Portman Clinic, 70%-80% of them spontaneously lost those feelings.
Dr. Paul McHugh, the former psychiatrist-in-chief and the current Distinguished Service Professor of Psychiatry, for Johns Hopkins Hospital explained that transgenderism is a “mental disorder.” In a commentary in the Wall Street Journal, he wrote, "We have a very radical and even mutilating treatment being offered to children without any evidence that the long-term outcome of this would be good."  Dr. McHugh, author of six books, said that a sex-change operation, especially for young people, is never appropriate.
He continued: “Misguided doctors at medical centers including Boston's Children's Hospital have begun trying to treat this behavior by administering puberty-delaying hormones to render later sex-change surgeries less onerous—even though the drugs stunt the children's growth and risk causing sterility. Given that close to 80% of such children would abandon their confusion and grow naturally into adult life if untreated, these medical interventions come close to child abuse. A better way to help these children: with devoted parenting. 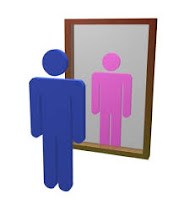 “Claiming that this is a civil-rights matter and encouraging surgical intervention is in reality, to collaborate with and promote a mental disorder,” Dr. McHugh wrote.
Yet, some states have passed laws barring psychiatrists, even with parental permission, to work with transgendered minors to restore natural gender feelings. “Other kinds of disordered assumptions are held by those who suffer from anorexia and bulimia nervosa, where the assumption that departs from physical reality is the belief by the dangerously thin that they are overweight.”  Yet for transgendered disorders, Dr. McHugh pointed out that society increasingly affirms it rather than helping with counseling.

Popes Francis and Benedict XVI on Gender Identity
Pope Francis has clearly stated that contemporary gender theory denies the order of creation.   Vatican Radio reported last month that he rejected the idea that gender identities exist along a spectrum.  Pope Francis compared such theories to genetic manipulation and nuclear weapons. “The differences between men and women must be recognized and valued,” he said.  The Pontiff was speaking to bishops from Puerto Rico.
In an interview published in a new book, Pope Francis: This Economy Kills, by Andrea Tornielli and Giacomo Galeazzi, Crisis Magazine reported that Pope Francis, like Pope Benedict XVI before him, maintains as the Catholic Church has always maintained, that sexual identity is God-given. “He does not accept the progressive claim that gender is socially constructed rather than God-given and instead appears to embrace gender in a traditional “binary” category of male and female. For progressives, this is heresy.”
In 2008, Pope Benedict directly addressed the transgender issue by warning against “destroying the very essence of the human creature through manipulating their God-given gender to suit their sexual choices.”  During his Christmas 2012 homily, Pope Benedict addressed it again. “When the freedom to be creative becomes the freedom to create oneself, then necessarily the Maker himself is denied and ultimately man too is stripped of his dignity as a creature of God, as the image of God at the core of his being. The defense of the family is about man himself. And it becomes clear that when God is denied, human dignity also disappears.”

Note to all the life-loving, God-centered, residents of Oregon: You are my heroes. Thank you for being a witness amid the many who believe they are more highly evolved than people promoting the culture of life.  May God grant you the courage you need to let your light shine upon others and may it drive away the darkness.

The day after I posted this article, this news came out about a likely catastrophic earthquake expected in the Pacific Northwest.   Could a chastisement be on the way?