Out of the Mouths of Catholic Kids

World got you down?  Get a lift from these funny bloopers by God's precious little ones.

One Good Turn Deserves Another

When I went to the hospital to have my fifth baby, my sister offered to stay with my four other children.  The youngest one was nearly potty trained but still had accidents.  He messed his pants one day, while I was still away.  My sister scolded my son and told him she did not want to have to clean up his mess.  He listened until she was done and then told her:  “That’s O.K. Auntie.  When I get big and you get little and mess your pants, I’ll change yours for you.”
~Ginny Dolojak, Bismarck, North Dakota 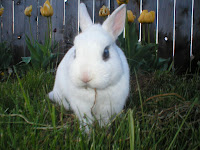 Soon after Easter my daughters went to the neighbors to compare what the Easter bunny had brought in their baskets. Upon their return, one daughter said with concern, “Mom, Rosie asked me if I knew who the Easter bunny really was, but she wasn’t allowed to tell me because her mom said she couldn’t.”
Trying to be diplomatic about this I responded, “Who do you think it is?”
I expected her to guess the truth as she shook her head and replied, “I don’t know who he really is, but I think he stole my wallet!”
~Jeff Cavins, Author Great Adventure Bible Series

All in a Name

I had to laugh when my grandson Christopher explained to me that the angel "Gatorade" appeared to Mary.  Then, my granddaughter Carrie told me about Jesus’ special friends—the” twelve impossibles”.

Perhaps they were onto something.  After all, the Angel Gabriel is an athlete of sorts with all his long-distance travel.  And if not for the grace of God, those twelve apostles would certainly have been on a mission impossible.

Communion Cookies
My Godchild Natalie was a bit precocious as a small child.  On the occasion of the Confirmation of her cousin Tara, her mom, Cindy went to the bishop’s Communion line with Natalie in tow. As Cindy headed back to the pew, she turned around to see Natalie, standing in front of the Bishop, staring him dead in the eye, hands on her hips. Natalie exclaimed loudly: "How come everyone else got a cookie, and all I got was a pat on the head?" 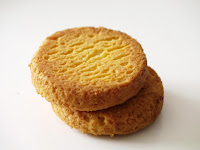 Not only did Bishop Curtis begin to laugh loudly, but also so did the entire congregation.  It was heard loud and clear since the Bishop’s microphone was still on.
~Christine Trollinger

Laughs for Our Lady
After a long journey to get to Lourdes, France, our family  (including Kyle, age 9; Zachary, age 7; and Spencer, age 5), finally arrived at the beautiful grotto where Our Blessed Mother appeared to Saint Bernadette. Our little family knelt down, and began to “quietly” pray the rosary as best we could with three young boys.  I told Kyle and Zachary to go slightly forward and silently pray the rest of the rosary.  After less than a minute, Zachary said, “Mommy, I’m done.”
“Zachary, how can you be finished with your rosary already?”  I asked.
He replied, “I am, mommy.  I prayed the joyful AND the terrible mysteries!”
~Lynn Mishky, Coronado, CA

Nap Time?
When my husband was ordained to the permanent deaconate family members came to participate in the liturgy for this wonderful occasion.  It was deeply touching, especially the part in which the deacon’s prostrate themselves before the altar during the litany.

At the reception afterwards, my young nephew Charles said he liked church but this one was sure long.  I agreed it did take longer than a regular Mass.  He
then said: “Is that why Uncle Rex and those other two men laid down on
the floor to take a nap while everyone else was praying?”
~Joyce McDowall, Bismarck, ND

Something Special
My daughter, Marcelene, loves going to church. When she was four, she
explained what made the services so special to her. "Mom, they're
saying my name! They said, 'Christ have Marci on us.'"
~Terri Pilcher,  Bel Air, MD

The Power of Baptism 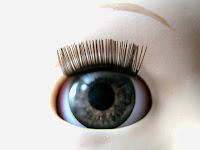 When two of my kids, Davis and Becca, were little, they played  “church” sometimes.  On one occasion, Becca brought her doll to the priest (Davis) to be baptized.  As Becca held her little doll, Davis piously poured water over its head. Then, the two of them looked down at the doll in surprise and broke up into laughter. Instead of removing original sin, this particular baptism had removed the doll’s eyelashes.

Only Say the Word
I was rounding up John Michael, my three-year-old and his two-year old brother David for naps. I asked John Michael if he was ready for a nap.  He replied to me, "No, I am not ready for a nap but only say the word and I shall be healed."

I got a big chuckle and related the story to our priest, Fr. Joel.
“I wonder which words could heal him from his aversion to naps?” I laughed.

Father suggested, "Behold the nap of John. Blessed are they who nap until supper."
~Mary Klopcic , Bel Air, MD

The wine region in southern Spain where we lived is famous for its sherry.  The priest of our parish took advantage of this fact by doing wine tastings for the perfect wine for consecration and purchased large quantities from a local winery.  After two years, we moved back to the United States.  One day after receiving Holy Eucharist, I returned to the pew and began to pray.  Our Zachary, then age 8, returned to the pew after me.  After a few seconds, he leaned over to me and said, “Mommy, the Blood is much better in Spain.”
~Lynn Mishky, Coronodo, CA

Career Choices
Before my daughter Shannon turned three, she informed me that she was going to be inventor.  She took her career choice very seriously and was always full of creative ideas. During first grade, however, another potential career caught her attention. She loved religion class at St. Elizabeth’s and enjoyed learning about the saints.  One day, she brought me a book on the lives of the saints to read with her. "Mom, maybe I don't want to be an inventor,” she said thoughtfully. “Is it possible to be a Saint for a career choice?  What would I have to do to become a Saint?"

"Well, for starters, you could start by sitting still in church," I suggested.

Without missing a beat, she responded:  "Oh, then I guess I’ll just stick to being
an inventor.”
~Mariann Petersen, Anchorage, AK

When our youngest son was almost four, I found him walking through the house with a big wooden crucifix.   His expression was so somber that it actually looked funny and made me chuckle.  He looked up at me when I laughed, and I said, “What are you doing with that cross?  Are you going to be a priest when you grow up?”
He looked at me, shrugged his shoulders, and just as serious as could be, said, “I guess I have to…you said you were sending me to priest school.”  (pre-school) J

This selection was reprinted  from the bestselling collection Amazing Grace for Families.
Posted by Patti Maguire Armstrong