I am Catholic for One Reason

“Do you think Catholics are Christian?”  It was a question posed by a listener to a Christian, non-Catholic radio host.  I had inadvertently tuned in on my car radio while driving from Minn. back home to North Dakota.
“Hang on and I’ll respond to your question after the break,” the host said.


I put my hand back on the wheel, leaving the station in place. This should be interesting, I thought.  He might as well have asked: “Did Jesus consider himself Christian?”  I waited for the commercials to end and braced myself for the answer.
“When Jesus comes in his glory, he’s not going to ask people what religion they are, he’s going to want to know how much they loved and testified to him,” the host said.  “I don’t agree with a lot of what the Catholic Church teaches, but I believe that those who love Jesus will be saved.”
Okay, not so bad. The host didn’t condemn us like I’ve heard many times before on radio, in personal conversations, and in social media exchanges. Many truly believe that being Catholic precludes salvation.  And with no Protestant belief in Purgatory, that means they believe Catholics go to hell.  Forever. I once had an email exchange with an otherwise intelligent person about this and also have seen anti-Catholic literature warning of damnation for Catholics.  It is the reason why so many "Bible Christians" consider Catholics to be  anathema.

Oh the irony.  And tragedy. Many Christians are against the very Church founded by Jesus Christ.  And so many ex-Catholics launch ignorant-based attacks on the Church they never knew. Attackers from the outside, who only know the Catholic Church from heretical hearsay, have never bothered to see for themselves what the Church teaches and how consistent it has been since the dawn of Christianity.  They fail to see that it stands tall against faded, rebellious versions of Christianity that all branched off from the original Catholic vine.  So some leave and some never come inside for all the wrong reasons, because there can only be wrong reasons for rejecting Catholic teaching.
Can’t Do Better than Truth
In response to the Pew report on diminishing Catholic numbers, Tod Worner wrote Why I am NOT leaving the Catholic Church. “Before I became Catholic, I disdained the Church for many of the reasons that caused people to fall away from the Faith,” he wrote.  “But to paraphrase Chesterton, I thought I had tried the Catholic Church and found it wanting, when in fact I had found it difficult and left untried.”
He quoted from the British journalist and Catholic convert G.K. Chesterton’s famous essay, Why I Am A Catholic, “The difficulty of explaining ‘why I am a Catholic’ is that there are ten thousand reasons all amounting to one reason: that Catholicism is true.”
With 10,000 plus reasons, where does one begin?  In the end, I have only one reason for being Catholic.  Jesus began one church. To fully follow him, we need to follow the authority he laid down for us. That means it’s not okay that Christians believe and follow different teachings that oppose one another because contradicting Jesus is not okay. My reason for being Catholic is I want to fully follow Jesus and to do that, I must be in his church.
Questions and issues will arise but research into  Catholic teachings always provide answers and guidance.  We need truth that cannot be taken away. We need consistency so that what is taught in one generation will not change by popular demand in the next.
Denominational differences boil down to one question--whose authority do you follow?  Your own?  A favorite preacher?  Martin Luther?  The Catholic Church?    Putting ourselves under the authority of another is counter-cultural these days. Giving the Catholic Church full authority over all religious matters in our lives is even considered radical among some Catholics.  But we cannot argue with the truth.  And no one has the right to re-invent the teachings of Christ. 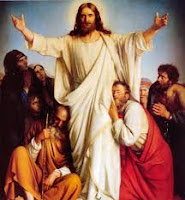 During the 70’s I was a spiritual, God-loving person often operating out of ignorance.  I eventually came across good Catholic books and speakers so I am no longer Catholic through happenstance but through assurance.  Everything made sense when I took the time to examine the teachings and reasons behind them.  It is arrogance to imagine we could improve on anything Jesus taught us or what the Apostles and first Christians practiced.  To fully follow Jesus, we must put ourselves under his authority and belong to the Church he founded.  That is why I am Catholic.

Responses
On my Catholic News & Inspiration Facebook page, I posted Elizabeth Scalia's request for Catholics to announce why they are Catholic. Within minutes, comments came in.  I will add more as they come in.
‪Patricia Houck‪ Because I believe in my Church and I always had the best experiences in my life being Catholic! Love being Catholic !
Jeanne Johnson‪ Because when you find the truth you stop looking. The Eucharist brought me back and keeps me Catholic! It's Jesus himself I get to receive daily -every time I attend Mass- the most powerful prayer there is- the Catholic Mass. The sacrament of confession an opportunity to be purified each time I go! I am a revert and didn't appreciate or realize the blessing right in front of me- The Catholic Faith-I didn't understand my faith, wasn't taught it, I now realize the fullness of our rich faith after years of being gone from it and then years of learning about the truth of it. So Glad to be HOME! Catholics Come Home. Blessed to be CATHOLIC.
‪  ‪Marsha Bell‪ A BIG AMEN!
‪  ‪Violet Freeburn Trowbridge Citrano‪ Because of The Holy Eucharist.
‪  ‪Susanna Evelyn Guzmán‪ AMEN
‪Karen Hummel‪ I will remain Catholic because the Mystical Body of Christ is the truth. I lapsed many years ago and found my way back just 2 years ago. I have chosen to attend the Latin mass only. One of the reasons why I left was Vatican ll...a watered down nonsense modern version of what was supposed to be the Catholic Church. It is not! You cannot change Christ's teaching and word. It is not easy following the TLM...but well worth it!
‪Amador Morales Garcia‪ Amen!

For more inspiration, check out Big Hearted: Inspiring Stories From Everyday Families. Your children will laugh while learning spiritual lessons with Dear God, I Don't Get It! and Dear God, You Can't Be Serious.