Faith Beyond Alzheimers -A Holy Week Story by Rosemary Kadrmas 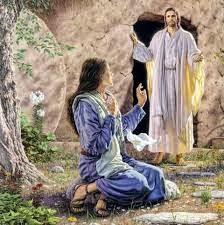 This story was originally submitted for Amazing Grace for the Catholic Heart by Rosemary Kadrmas, mother for Fr. Chris Kadrmas.  It is a story of faith everlasting and a reminder of the dignity of all human life.

In the late 1990’s I worked in the activities department at a local nursing home where we often brought out the Alzheimers Unit residents to join the other residents’ activities. Some days Arlene, my co-worker, and I really wondered if it was worth all the effort.


It took a considerable amount of vigilance just to keep them in the room, let alone involved.  We could not help but question what they were getting out of it and how much they really understood of anything. But there we were one Good Friday afternoon with a resident on each arm and a wheelchair in front. We baby-stepped our way down the hall to watch a video about Our Lord’s crucifixion and resurrection in the main activity room.
When Arlene and I finally succeeded in getting everyone and every wheelchair into position, we plopped down, wet with perspiration and thankful to be off our feet. As we
scanned the darkened room, the residents’ eyes seemed to be fixed on the TV as Franco Zeffirelli’s acclaimed production Jesus of Nazareth began.
I was pleasantly surprised at the quiet attention being paid to the screen. Even Frank with his short attention span was brought back every so often by a sudden change in the emotional pitch of the dialogue or the musical score.
At last came the scene where Mary Magdalene comes upon the empty tomb and sees Jesus’ body not there.  A man (Jesus) asks Mary why she is looking for the living among the dead. Mary runs as fast as she can back to the disciples and tells Peter and the rest with breathless excitement, “He’s alive! I saw Him, I tell you!” The doubt in their eyes causes Mary to pull back. “You don’t believe me....You don’t believe me!”
Then, from somewhere in that you-could-hear-a-pin-drop activity room came the clear, resolute voice of Esther, from the Alzheimer’s Unit, “WE BELIEVE YOU....WE BELIEVE YOU!”
***
Follow Patti at Twitter and Pinterest, like her pages at Dear God Books,  Big Hearted Families,  Catholic News & Inspiration on Facebook, and her author Facebook page.  Sign up at the right column to receive articles in your inbox.  God bless you!
Posted by Patti Maguire Armstrong