“Two Gifts: A Baby and a Miracle” by Maureen Merritt Bergman

Thirteen years ago, Mo Bergman rejected a doctor's suggestion to abort her baby because of physical abnormalities. Instead, she turned to God and the situation changed dramatically.  She is turning to God again and asking for healing for her son.  Here is her story excerpted from Amazing Grace for Families with an update on their current challenge.

I was so excited at the possibility of being pregnant that I bought and used three over-the-counter pregnancy kits. I just could not wait and kept taking the test before the minimum waiting time.   When the results finally confirmed what I had suspected, I ran into the living room to tell my husband, Alan.  We hugged and cried tears of joy.

We had only been married six months, but both being close to thirty, we did not want to wait too long to start a family.  My mom and Alan’s parents cried tears of happiness at the news even though this was to be the twenty-sixth grandchild on my side of the family.  I was the youngest of ten children and the last to have a baby.  At work, as a police officer for Oak Park, Michigan, I frequently thought, “I’m going to have a baby!”
At eighteen weeks, I went to my doctor for a regularly scheduled visit and a routine ultrasound.  Lying on the table for the ultrasound, my heart raced in anticipation of actually seeing the baby for the first time.  As the technician scanned my growing tummy she suddenly laid down the scanning device and went to get assistance from another technician.
She explained calmly, “I just need a little help.” The screen was turned away from me while the two took measurements.  When the screen was finally turned to face me, Alan and I were shown pictures of the baby’s head but nothing full-body or from the side.  Returning home, I felt unsettled.

Two days later, my doctor called and asked me to come in the next day to go over the pictures.  An hour before our appointment, she was called away to deliver a baby so she had to break the news over the phone.  “Your baby has omphalocele, a condition where organs develop outside the body.” In my baby’s case, it was the liver, kidneys, and intestines.
I was hysterical.  Researching the condition on the Internet brought only more bad news.  Fifty percent of these babies also had chromosomal abnormalities and numerous other health problems.  The doctor suggested abortion, but it was not an option for us.  I began to pray--”Please God, make my baby healthy.” It was also a prayer steeped in guilt.  God had not been a serious part of my life for a long time. 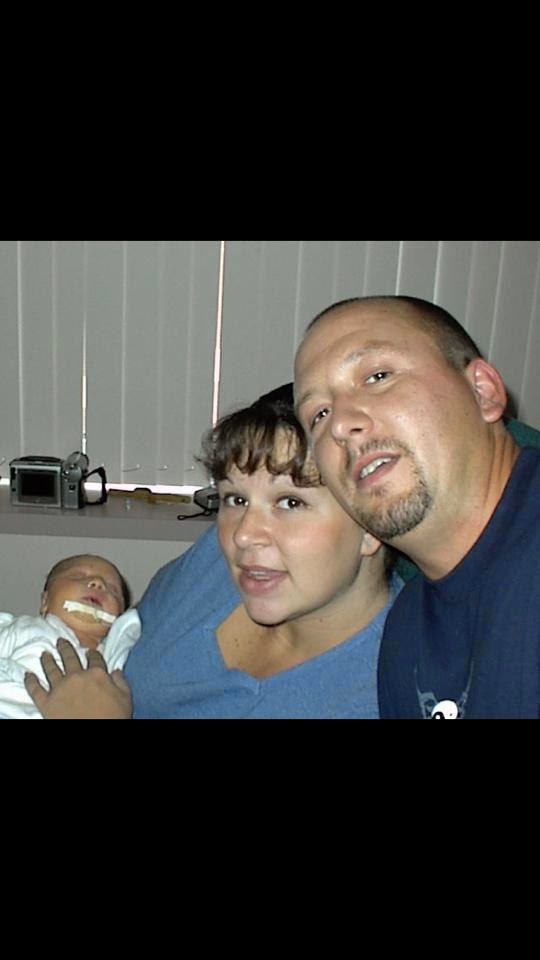 Now, I realized how desperately I needed God.  I had not consciously decided to exclude religion in my life, it just sort of happened.  After my father died when I was thirteen, I was angry with God.  “Why did you have to take him?” I had cried.  Everything I did after the death of my father, I did to make him proud.  But God had been largely left out of the picture.
Alan was equally lax in his faith, so even though we were both cradle Catholics and married in the Church, attending Mass and praying were not part of our lives.  Now, everything depended on God. We prayed unceasingly.
Regular doctor appointments and ultrasounds showed that in spite of having three vital organs growing outside his body, the baby was otherwise progressing well.  A c-section was scheduled for the morning of August 16, 2001.  We entered an operating room full of people: several doctors, an intern, nurses and even a small camera crew from a local Detroit television station there with my permission to film this event as a documentary.  At least twenty family members crowded the waiting room, storming heaven with prayers.

As the baby was lifted out, hearing his cries flooded me with relief.  He was alive!  As I gently held him, swaddled in a blanket, maternal love gushed forth.  He was the most beautiful baby I had ever seen!   We had not named him yet but at that point I knew right away; Victor Alan, our little victor. Then, Victor was whisked away to prepare for surgery but my doctor had some unexpected news.  Only the liver was outside Victor’s body in spite of the fact that every ultrasound had always shown the liver, kidneys, and intestines growing outside. Also, there was enough extra skin that the procedure to put the liver in would not need to be done in stages as previously anticipated.

I wanted to know how this could be. My doctor shrugged and looked happily baffled. “I can’t say for sure,” he admitted. “Maybe the organs were going in and out.” In my heart, I knew how the other two organs ended up in Victor’s body; it was God’s handiwork.

The surgery was a success but we were warned there would likely be a roller coaster of setbacks and recovery. There were, but each time there was a set back, it seemed as though prayer brought Victor back out sooner and stronger than anyone expected.  Twenty-three days after Victor was born, we brought home a healthy baby boy. 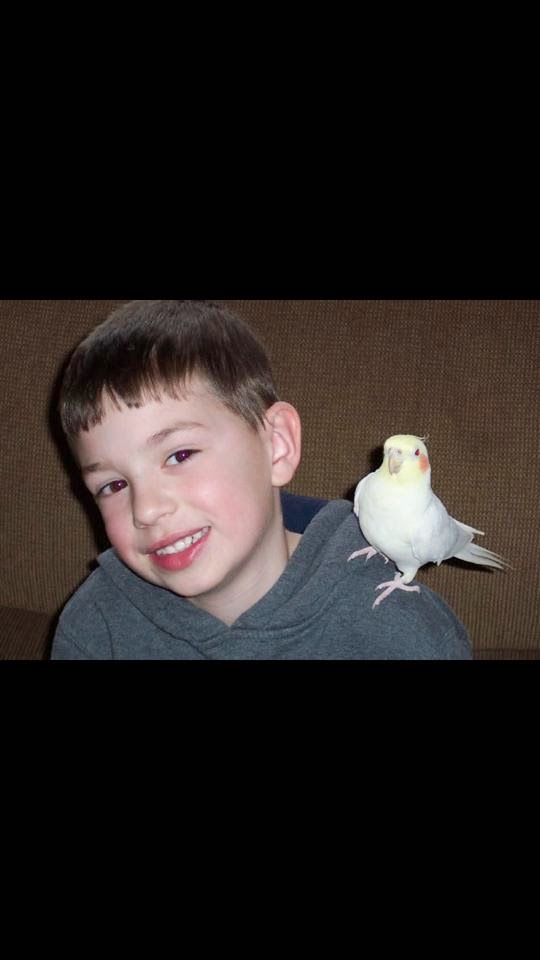 Update and Request for Prayers
According to his Aunt Joanne, Victor is a happy, polite, and funny 12-yr-old.  He is on the basketball team for St. Joseph's in Howell, MI and plays traveling hockey and baseball. He is also a very loving big brother to 5-yr-old Jacob. 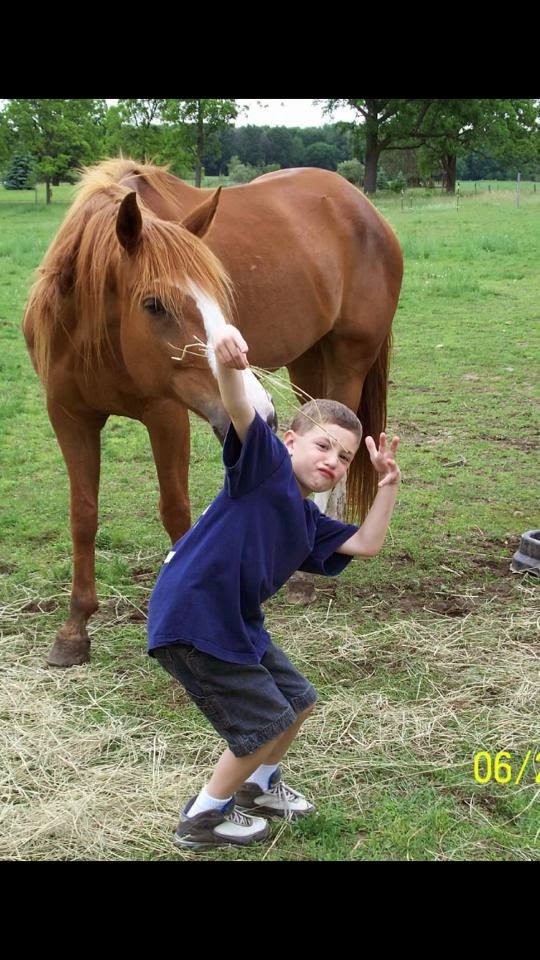 Victor had not been feeling well for a while. A PET scan was done and the results were stage-3 non-Hodgkin’s lymphoma. His doctor says it is uncommon but considers it curable.  He will have a long road ahead including chemotherapy.  The family would deeply appreciate prayers for their beloved Victor. _____________________________