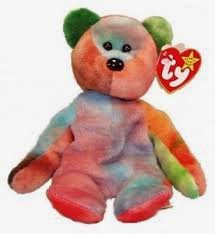 “These will pay for your kid’s college education,” --Beanie Baby investors.   A pile of beans sewn into animal-shaped fabric lacked long-term value once people started noticing the emperor had no clothes or rather, the beanies had no worth. “For where your treasure is, there your heart will be also” (Matt 6:21).

“You can have it all,” —Feminists promising that becoming corporate executives need not interfere with motherhood. "No one can serve two masters. Either you will hate the one and love the other, or you will be devoted to the one and despise the other. You cannot serve both God and money (Matt 6:24).


“It’s my body!” —Abortion activist.   Agreed.  It is the other body we are praying will live.  “Thou shalt not kill.” –Fifth Commandment.

“You are going to the showers,” —Nazi soldier in Concentration Camp.  Moral relativism made killing undesirables acceptable to many.   Sound familiar?

“…And central to that dignity is freedom of religion – the right of every person to practice their faith how they choose, to change their faith if they choose, or to practice no faith at all, and to do this free from persecution and fear,” --President Obama, February 7, 2014, National Prayer Day Breakfast.  The words are true but it’s a lie that this administration supports that right.  Hint: HHS Mandate. 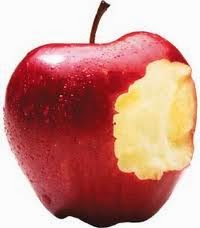 “You will certainly not die. If you eat the apple, you will be like God,”  --Serpent to Eve in the Garden of Eden.  And so it continues.

“I never inhaled,” –-Bill Clinton referring to having smoked refer during 1992 Presidential campaign.   Okay, sure.

“Catholics worship statues…they worship Mary…they think they can get to heaven through their works,” --Misinformed Christian.  No, no, no.  Statues remind us of our loved ones and role models, (do you have an issue with the Lincoln Memorial?); Mary’s intervention was excellent at Cana; Scripture is loaded with instructions from Jesus’s to take action—i.e., whatever you do to the least of my brethren that you do unto me.

“Only you can decide what is best for you. But we are here to help,” –-Planned Parenthood.    Only God knows what is best and abortion isn’t it.  And you are not here to “help,” but for the blood money.

“I am a devout Catholic,” –-Nancy Pelosi.  Except for that abortion thing.

“First, no matter what’ve you’ve heard, if you like your doctor or health care plan, you can keep it,” --President Obama.  Well, it sure sounded good.

“Same-Sex Marriage,” --Confused Person.  Marriage is an institution intended as a lasting union between a man and woman who give and receive rights over each other for the performance of the act of generation and for the fostering of their mutual love.

“It’s a safe and simple procedure.” --Planned Parenthood.  Not for the baby it isn’t.  And in spite of reports to the contrary, it’s not safer for the mother either.

An eight-year study by the Elliot Institute and published in the August 2002 issue of Southern Medical Journal, revealed that of 173,000 low-income women studied, women who aborted had a 154% higher risk of suicide, an 82% higher risk of death from accidents, and were at a 44% higher risk of death from natural causes.
In February, 2013, findings were released of a 30-year study conducted by Dr. David Reardon of the Elliot Institute and Dr. Priscilla Coleman of Bowling Green State University that found significantly higher death rates for women that abort.
In addition to death, there is a dramatic increase in many health and psychological problems for post-abortive women.

“The world’s population growth in unsustainable,” --Zero Population, now renamed, Population Connection. They lied then and continue the big, eugenics lie. Under-population is now a big and growing problem for many countries. If the earth cannot sustain us, then God forget to put an expiration date on his command to be fruitful and multiply.  He made the earth big enough and heaven has ample room for more souls.

“God is whatever we want him to be,” --Open-minded person whose brains fell out.  God is our Creator not the other way around.

“There is no God,” --Person failing to fully note creation.