Three Exorcists Weigh In: Should You Watch "The Conjuring"?

The scariest thing about the horror film, The Conjuring is that it’s based on a true story.  It is about an evil presence doing hair-raising things.  The story happened in 1971 and centers around the Perron family, a couple and their five daughters who were terrorized by a dark presence in their secluded Rhode Island farmhouse.


Andrea Perron was eleven–years old then. “We were just moving into a charming, lovely old house as far as all of us where concerned,” she said in a YouTube interview. There were former owners of the house who had troubled lives, one is said to have hung herself while another was accused of murdering her baby but the charges were dropped for lack of evidence.   As an adult, Andrea wrote about the experience of living in that house in her book, House of Darkness, House of Light.  After the evil presence began terrifying the Perrons, they contacted world-renown investigators Ed and Lorraine Warren. The Warrens were Catholic and always answered pleas for help without charging. They felt it was a calling to help people.

Lorraine at age 86 now, still helps people but only over the phone. Her husband, Ed, died in 2006.  He grew up in a haunted house and on his resume has listed: "The only non-clerical demonologists recognized by the Vatican."

It is important to note, however, that the movie is a Hollywood version and not a documentary.  As such there was great license taken, but according to Lorraine, there was indeed an evil presence that was harassing the family.  She said that she and Ed were greatly concerned that the Perron children were unbaptized.  “They had no protection and were in great danger because they were not baptized,” Lorraine said. “They told us they were not a church-going family.”

The Warrens relied on prayer and their Catholic faith in their work. Although Ed and Lorraine’s website comes across as sensationalized and uses many secular terms rather than Catholic ones, Lorraine said that they always consulted priests when evil seemed to be involved. In such cases a priest would often take over.

I consulted three exorcists for their impressions about the movie and the work that the Warren’s did.

Fr. Patrick (not his real name) is a parish priest and therefore, keeps his work as an exorcist secret so as to function in his parish without undue attention.  Cases come to him through his bishop after a person seeks help.  Fr. Patrick, like many modern exorcists,  uses a team of experts as well as a prayer team to assist him. His professional team includes a clinical psychologist, a psychiatrist, and medical doctor.

I asked him if he thought people should see this movie.  He himself had not seen it but said he probably will.  “For some people, it’s emotionally dangerous because of their imaginations,” he said.  “People should know themselves and be careful.” He stated that after the movie The Exorcist, many people feared that they were possessed.

“People should not feel bad if they are sensitive or worry that they will be made fun of if they don’t want to watch a movie,” he said.  “I did not like horror movies when I was a kid and I think it was because I was sensitive to the existence of evil.”

In his work, Fr. Patrick said he sometimes comes across people with imaginations that have convinced them they are being harassed by the devil when in fact, that turns out not to be the case. “I find people who read too much of this stuff. That might build up their faith in some ways, but it can also build up their imagination.”
Fr. Gary Thomas of the Diocese of San Jose in California is a parish priest and was trained as an exorcist at the Vatican in 2005.  He is the priest that inspired the movie The Rite.  Although he had not seen the movie when I spoke with him, he said he planned to watch it.  Thomas was familiar with Lorraine through a priest who called him several years ago to consult about a case Lorraine was helping with.

“I don’t think you open yourself up to evil just by going to a movie,” he said. “The problem is when evil is glorified which is very different than going to a movie on the topic of evil.”  He said that when he was involved in consulting on the movie The Rite the focus was on God and faith in the face of evil.

“I think when you go to a movie where evil is glorified, it can make you interested in delving more into the realty of evil which is a bad idea,” Thomas said. “It’s good to cautious.”

In his exorcism and deliverance ministry, Thomas works closely with a woman who has the gift of discerning evil spirits and can hear what they are saying.  He said before he became an exorcist, he might have been skeptical of such a gift, but has no doubts now.“There are people who are gifted in this way,” he said. “Even though I’m a mandated exorcist, I rely on the help of others in my work.”

Msgr. John A. Esseff was ordained a priest in the Diocese of Scranton on May 30th 1953. He has been an exorcist in the diocese for 45 years.  While he warns against getting attracted to evil by becoming overly interested in it, he said we do not need to fear it. 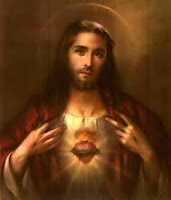 “The power in the warfare against Satan is the power of Jesus.” He said.  Often, according to him, the movies make it look as if there is a battle between equals and that sometimes God loses.  “That is totally wrong,” Esseff said. “God made the devil. He is a creature of God, who rebelled. There is no man who wants to worship and serve God that will be under the power of the devil. Man makes the choice.”

Esseff noted that the power of Jesus is in every baptized Christian and the Catholic Church has also been given tremendous power over evil.  “Every baptism is an exorcism and drives out Satan,” he said. “It drives out original sin which ends Satan’s reign over that person. Jesus came to break his power.”

Watching a movie or any acknowledgement of evil should not leave one afraid, Esseff said. “With Jesus, we have nothing to fear.”

Patti's latest 2 books, Big Hearted: Inspiring Stories From Everyday Families  and Dear God, I Don't Get It  have just been released.