The Conversion of Marilyn Grodi (Wife of EWTN's Marcus Grodi) 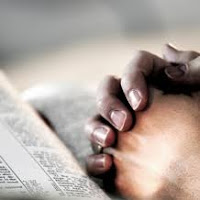 As many of my clients strove to overcome their addictions to drugs or alcohol, I always suggested they tap into a powerful source for recovery--God.  Sure, some people did it without him, but not most.  God could pick them up where they were at and carry them through the pain and struggles all addicts must work through.    However, it became harder and harder to send people to Narcotics and Alcoholics Anonymous meetings without feeling like a hypocrite What of my own spiritual recovery?
Although I worked as an addiction educator and counselor, my own lifestyle left me restless and seeking.  With a failed marriage behind me, I unfortunately kept seeking love in all the wrong places while I lived life for myself.  Looking out for “number one” was my mantra but my soul ultimately rebelled.  Happiness eluded me. I  Although I had been raised in the Methodist and Presbyterian churches, by my late twenties, I had turned completely away from God.  I had even been married for a time but that failed. Yet, I had seen so many of my clients move from pain to joy; from emptiness to fullness through Christ.

It was my turn.  A friend gave me a verse that challenged me:  “Delight in the Lord and he will give you the desires of your heart.”   I was tired of running from God, for that is what I was really doing by shutting him out. I began praying everyday while I ran—a bit symbolic now that I was running toward God and not away.   If I woke up in the middle of the night, I prayed.  I started going to the Presbyterian church where I was counseled to turn my life completely over to God.  In addition to attending Sunday services, I began teaching high school Sunday school and volunteering in a variety of ways.  I knew God was drawing me near, but still, it was hard sometimes.  For two years I struggled with backsliding.  With one foot in both worlds, I met a man by the name of Marcus Grodi who was the assistant minister and single’s group coordinator.   My heart led the way while my brain pulled in the other direction. Marry a minister?  No way, not me,  my brain scolded. But my heart would not listen.

In spite of my misgivings, love won out and we became engaged.  I felt unworthy as a “baby” Christian to be marrying such a man so firm in his own faith.  Marcus would remind me, “You are a new creation in the Lord.”  He did not worry about my past, but looked to the future.  We were married in August of 1985.

Without so much as a workshop on how to be a minister’s wife, I dove right in.  I also  became the director of a crisis pregnancy center.  Our first child, John Marc, was born the day after our first anniversary. Life as a mother and minister’s wife was an exciting roller coaster.  Marcus, always full of ideas, often kept me on the edge of my seat.  Since I tend to prefer the status quo, his creativity frequently challenged me.

When we moved from our small country church in central Ohio to a large evangelical congregation in Northeast Ohio, I thought,  This is it!  I had arrived and was ready to put down roots.  I threw myself into my job as a minister’s wife.  I was free to do whatever I wanted; teach Sunday school, redecorate the nursery, develop relationships with other like-minded people…whatever I was led to do.

After only a year-and-a-half, Marcus got another one of his ideas. This one would challenge me to the hilt. He was restless about his ministry as well as issues in our Presbyterian denomination. Falling back on his science background, Marcus decided to incorporate ministry with the study of bioethics.  He left his pastoral position to study full-time while we also began investigating other denominations that might be a better fit.  Both of us were unsatisfied at the way issues were dealt with at higher levels of our church.  It seemed that personal opinions and politics, not truth, drove church teachings.

Marcus was now driving to Cleveland each day to Case Western Reserve University, while I cared for our preschooler and newborn son, Peter.  I began to feel isolated.  We continued to live in our old neighborhood near the church where we had left friends who did not understand what we were doing.  To be honest, I did not understand what we were doing.  While Marcus was studying genetics, he was also reading everything he could get his hands on about the Catholic Church.  I was intrigued with all that Marcus shared with me and we learned a lot together.   Since both of us had written the Catholic Church off as being wrong, our minds were spinning with the beauty and revelations we were discovering in this ancient institution.  But Catholic?  No way, we both thought. Our prejudice against all things Catholic ran too deep.  Yet, where were we to go?

We began attending Mass, just to see first hand what it was all about.  I hated it.  Where was the Sunday school program or nurseries for the little ones?  The worst part was during the Consecration of bread and wine into the Body and Blood of Christ because I struggled to accept what was actually taking place.  The reality was immense but I was not there yet in my learning.  It was the cornerstone difference between Catholics and Protestants.  Marcus was already blazing a trail to the Church while I was not prepared to buy into all of it.

“I don’t want you to feel like you have to come,” Marcus assured me.  “You and the kids can continue attending the Presbyterian services.  This is not something I want to push you into.”

The last thing I wanted was to split our family up on Sundays.  I thought becoming a Christian would solve all my problems.  I never envisioned that it would end up tearing me apart inside.  “No, I will keep going to Mass with you,” I determined.  “I don’t want us going our separate ways.”

Fine! I thought. It’s just as well because I don’t want to become Catholic.

Each Sunday, I tearfully rode past our old church as we headed for Mass.  We actually discovered a parish across town that had some of the Protestant customs that made us more comfortable.  Coffee and donuts, an outgoing and friendly congregation and having CCD on Sunday mornings for children which felt like Sunday school, helped me relax a little. Once my guard came down, Marcus and I decided to begin taking the Rite of Catholic Initiation classes but discovered a road block that could impede our becoming Catholic. Since I had been married before, unless it was deemed that it had not been a Christian, sacramental marriage, the Catholic Church could not recognize my current marriage with Marcus.  When I learned this fact, anger rose up within me.  We could have been murders or thieves, but just because I had been married before, the Catholic Church was rejecting us.

But we had come too far to just stop there.  Marcus and I pondered our situation and put it to prayer.  Slowly, we came to understand the wisdom of the Church’s teaching.  The requirement of obtaining an annulment was actually a reason to seek this traditional Church.  Her teachings held that marriage was a sacred and permanent union blessed by God.  If the first marriage met the criteria for being sacramental, then the Church stood by Christ’s teaching that “What God has joined together, let no man put asunder.” Our initial attraction to the Catholic Church was because it seemed to be the only one which held fast to those things that strengthen and preserve families.  The other denominations had swayed from the historical teachings on abortion, contraception and marriage, among many others.  So, I swallowed my pride and took my first big submissive step.  I bowed to the awesome power and majesty of the authority of the Church.  The annulment process turned out not to be so daunting but rather a blessing to our marriage.  Nine months later, we moved to Steubenville, Ohio, and continued learning about the Catholic faith.  A month later, on December 20, 1992,  with our five and one-and-a-half-year old looking on, we were received in the Church at St. Peter’s.  At that same time, we also had our marriage blessed with a re-exchanging of vows and rings.

Marcus is no longer known as Reverend and I don’t decorate church nurseries or teach Sunday school anymore.  It was fun for a time, but I am eterernally thankful that my family and I ended up where we never dreamed we would tread—in the Catholic Church.

Marilyn is married to Marcus, host of EWTN’s “The Journey Home” program.  She earned bachelors and  masters degrees from Ohio State University and has read enough to have earned a PhD in homeschooling the special needs child.

This story was originally published in the  collection of survivor stories in Amazing Grace for Survivors.


For more inspiration check out Patti's latest book: Holy Hacks: Everyday Ways to Live Your Faith & Get to Heaven. Other books include:  Big Hearted: Inspiring Stories from Everyday Families and the best-selling Amazing Grace Series.
Follow Patti at Twitter and Pinterest, like her pages at Holy Hacks, Dear God Books,  Big Hearted Families,  Catholic News & Inspiration on Facebook, and her author Facebook page.  To receive articles in your inbox, sign up at the right column.   God bless you!