Variety is Killing Us! 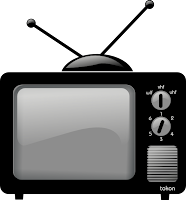 My husband just did our taxes and it occured to me that we are suffering from too many choices. Variety is the spice of life. It is also the bane of humanity. Human kind has become confused. When I was a kid, phones were black. Period. Shampoos were limited in options to a few brands and television to a few channels. I admit, I like variety too, but at one point is enough, enough?
For instance, how many more religions do we need?  (Stay with me and I'll get back to taxes.) There are an estimated 41,000 Christian Churches. Yet, the Word of God calls for, “one Lord, one faith, one baptism” (Eph. 4:4).  Jesus says, “I will build my Church” (Matt. 16:18) not churches.

At times such as these, I am glad to be Catholic. With one head--the pope--and one teaching. We have one Mass with the same Scripture readings,  that is said around the world.
No other Christian religion can make this worldwide claim, as one united body in agreement on faith and teachings since the apostles.
The divisiveness among Catholics is largely among Catholics protesting Catholic teaching.  So silly. All they have to do is find some other Church if they don’t like Catholic teaching.  Many don’t understand Catholic teaching actually has changed again and again and again only once it changed, it ceased to be Catholic and became something else. Various denominations had to leave the Church to change traditional teachings to suit their preferences. You can’t have your cake and eat it too. Either stay in the Church and accept what it teaches, or find your brand of religion elsewhere.
Does all this divisiveness matter?  We are all Christians, right?  Couldn’t all the numerous references Jesus made of “one body” and “one church” mean the whole Christian brotherhood?  Well, let me ask you: Is falsehood as good as truth?  Could Jesus oppose Himself in His teachings?   In Luke we read:  “But he knew their thoughts and said to them, ‘Every kingdom divided against itself will be laid waste and house will fall against house’” (Luke 11:17).
Choices and variety cannot pretty-up falsehoods.   Following false teaching means a break from the unity of truth and leads to chaos. Voila. Welcome to our world. It’s good time to be a Catholic.


Patti Maguire Armstrong's latest books, Big Hearted: Inspiring Stories From Everyday Families  and Dear God, I Don't Get It  are available for order.