The Bible Series Success and a Contest 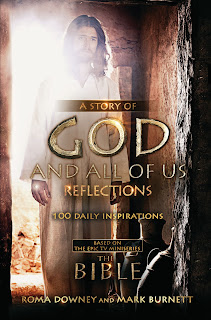 (Add a comment under this article to be in the running for The Bible books and cd giveaway.)
Do you love the Bible? Are you passionate about it? And how about your kids?  Does the Bible excite them?
Whether you or they are or are not, if you have not been turning on The Bible every Sunday on the History Channel, you are missing an epic television event.


It’s not often that a #1 TV program gives glory to God but this one does.  The 5-part, 10-hour series is exciting for both parents and kids alike. I’m thinking God might be excited about it too.
Executive producer Mark Burnett and his wife, “Touched by an Angel” star Roma Downey’s 10-hour miniseries, The Bible, premiered on March 3, as the #1 cable telecast of the year and the #1 trend on Twitter.
“People of all denominations showed the power that can be unleashed in our culture when we band together,” said Roma. “The world is won when the church is one.” The five-part BIBLE series was not only the most watched TV program of the night; the number grew every thirty minutes during the two-hour segment.
"This book is alive,” Burnett said. "People are talking more about the faithfulness and perseverance of Noah, Abraham and Moses than any time in recent history."
Part 2 of the mini-series aired on March 10. It will continue each Sunday in March with the final airing on Easter Sunday, March 31. The series covers Genesis to Revelation with two or three stories dramatized in depth each week.  This Sunday, Part 3 will conclude the Old Testament and the New Testament will be introduced. 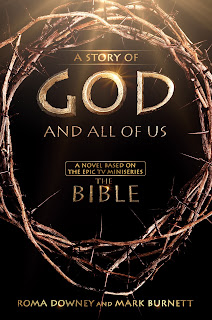 Contest
THE BIBLE Series has given us the opportunity to reward our readers with an amazing giveaway.  One lucky fan will win the following:
THE BIBLE series will air every Sunday until Easter on The History Channel (please check your local listings for time).  The three companion books are all available at your local Christian retail store or online at Amazon.com.

* Just add a comment under this article and you are automatically entered in the contest.