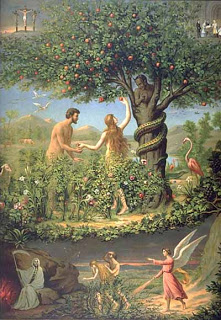 Is it possible to have more sin in the world but less people sinning?
Some say that our world is more sinful than ever before—more adultery, abortion, situational ethics, etc.  Yet, if committing a sin requires a person to know it is a sin and choose to commit it anyways, doesn’t that mean a lot of people are guiltless even though their activity is sinful?


When abortion-rights advocates dub the killing of babies as reproductive rights —and mean it—are they culpable?  When people skip Mass and don’t think it’s a sin, are they still sinning?  I posed this question to two priests: Monsignor Thomas Richter, Parochial Vicar of the Cathedral of the Holy Spirit in Bismarck, ND, and Monsignor. John Esseff of the Diocese of Scranton, PA who has been a priest for sixty years,  ordained on May 30th 1953.
According to Richter, “Sin is found in scripture, and human experience affirms it.”  He clarified that there is a difference between mortal and venial sin. The Church calls mortal sin a choice that destroys charity in one’s soul while venial sin wounds it but doesn’t destroy it. “Charity connects us to God,” Richter explained. “It is the love for God above all things for his own sake. Therefore, every sin against charity is a sin against God.” According to him, charity unites all virtues and is the one thing that lasts.
Getting back to the original question, can there be more sin but fewer sinners due to the influence of our culture? Can a person do evil but not realize it is evil and therefor not sin?  Richter said that we must make a distinction between objective evil and whether one is culpable for the objective evil they are doing.
“The truth is in us but it can be covered up,” he said. “If a person is raised in untended ignorance and he thinks a sin is not bad, then he is not culpable.”  He added that the culture can also influence a person in this manner.
But sin is still sin regardless of a person’s culpability. “If it is an objective evil, regardless of whether a person is culpable, it is still evil and evil always harms.” Richter compared sin to cigarettes in that even before people knew they were bad, smoking still caused cancer.  “They caused the bad effect regardless of what the person smoking them believed,” he said. “The same is true on the spiritual level; sin causes damage.”
Richter pointed out that there is also a difference between a person who does not know the difference between right and wrong and one that lost his sense of right and wrong through a pattern of bad choices. “When I know it is evil and consent to it, I open myself up to it more,” he said.
Only God can judge the level of someone’s guilt, but as humans Richter said that God has planted this law in every human conscience and every human heart. “The Lord speaks to each heart,” he said. “The more we sin, what can happen is that our heart gets hard, to where our knowledge decreases.”  A person ends up making choices out of hardness of heart, not out of unintended ignorance but as a consequence of sin that was made with knowledge and in freedom. “Sin darkens the will and knowledge.” Richter said. “That’s the consequence of sin. It’s a choice for some but for others, it becomes a tremendous disorder.”
While sin moves us away from God, Richter said that grace has the opposite effect. “As a person grows in holiness, he will grow in the awareness of moral culpability that he wasn’t aware of before,” Richter explained. “That happens to every guy who grows up and looks back on his life. If he acted at 40 the way he acted at 20, he would be committing the same evil but would be more culpable.”
Msgr. Esseff described sin as ultimately choosing nothing over everything. “Through God, we receive his free gift of grace,” said Esseff. “To sin is to reject this gift.”
According to him, as baptized Christians, Christ lives in us and we are in him.”  “Do we really recognize the truth of the presence of Christ within us?” he asked. “Once I recognize that 24/7, I can be Christ to the world and see with the eyes of Christ, and love with the heart of Christ and work with the hands of Christ,” Esseff said that not recognizing the power that we have to transform the world and to instead chose negativity, is the real horror of sin. “I have the capacity and not use it, is the deliberate refusal not to accept light in the darkness.”
Esseff acknowledged that many people are blind in some way.  “God will be the judge,” he said, “but sin is the worst evil in the world.  When I choose sin, I choose the opposite of what God wants.”  He added that until we know the value of Christ’s presence in us, we cannot fully grasp the horror of sin; we are not just hurting others but destroying Christ within ourselves.
“If I don’t love my neighbor, I’m pushing aside Christ within myself and destroying the light within me,” Esseff said. “For instance, the abortion doctor is not only killing the baby in the womb but he is killing Christ within himself. He is called to be Christ but instead he is killing Christ.” 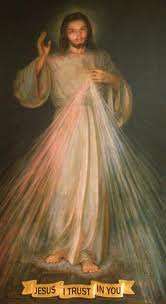 Sadly, he says that today, many politicians are destroying Christ.  “By doing things like promoting abortion, by saying that they agree with the law of prochoice, they are promoting the destruction of others and also destroying the image of Jesus within them.
According to Esseff, while sin is destroying Christ in our world, there is a remedy. “If instead, each Catholic would radiate Christ, the world would be Christian tomorrow.” he said. “Every single Catholic has Christ in them if they would just let him through it would change the world.”
“Sin is a spiritual AIDS there is no cure except for Jesus. He is the one who can heal all sin. “He has come to unite us with God, the greater the sin, the greater his Divine Mercy. The love of God is greater than the greatest misery—misery is finite, God’s mercy is infinite.


To receive the latest in your inbox, sign up to follow or through email on the top right. Stay tuned for: Big Hearted: Inspiring Stories from Everyday Families, and children’s book Dear God I Don't Get It  (Available for pre-order now!)  both to be released in April.
Posted by Patti Maguire Armstrong